AnTuTu is a well-known smartphone benchmarking tool, just like Geekbench. Every month the website or platform releases monthly reports of tested devices, the one for August is here and shows the smartphones that obtained the highest score during the month.

The list is released according to each smartphone segment, below you can see the list of the top 10 that fall in-between the mid-range and flagship segment. Here you can see the general list. 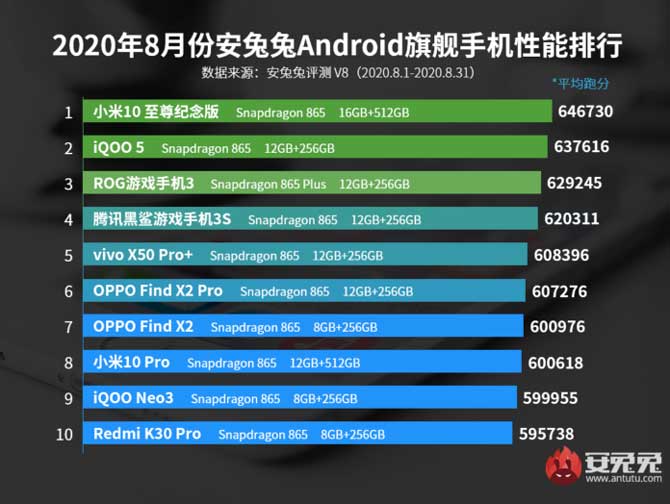 Asus’ smartphone is the only one on the list with Snapdragon 865 Plus and still failed to secure it’s spot in the first and second place.

Also, some powerful Samsung smartphones from 2020, such as the Galaxy Note20 Ultra and Galaxy Note 20, do not appear on the list. 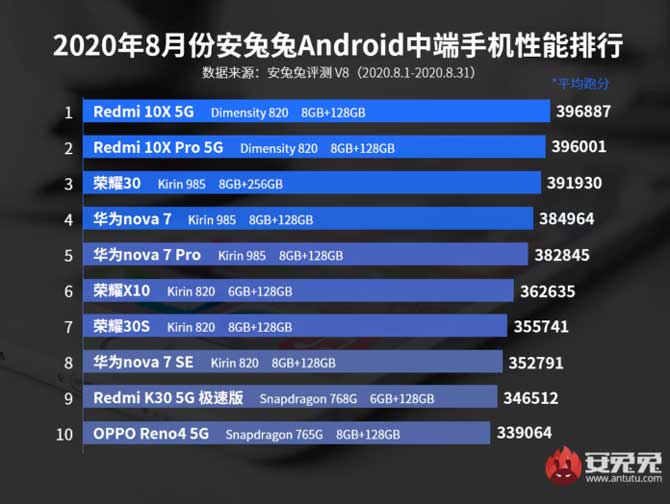 Here we also see the regular models of the same phone perform better than the Pro variant.

It is worth mentioning that even with excellent positioning in the top lists Qualcomm’s chips do not gain much prominence among intermediaries. Much of the list is dominated by the Kirin 985 and Kirin 820 processor, giving space only to the first and second place to the Dimensity 820 and at the bottom of the rating to the Snapdragon 765G and 768G.