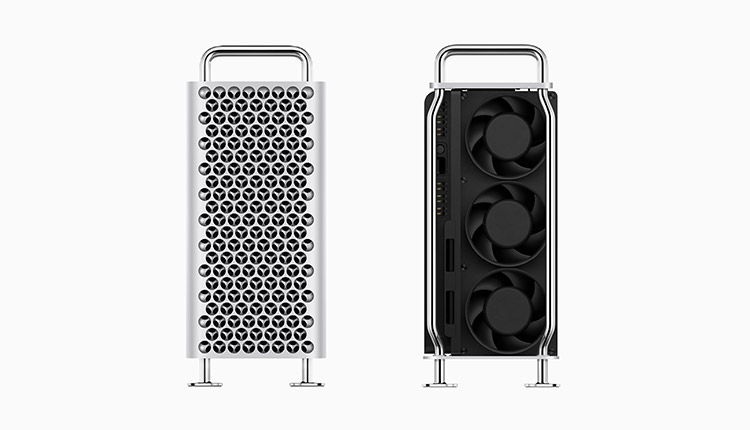 Apple today introduced the all-new Mac Pro, a completely redesigned, breakthrough workstation for pros who push the limits of what a Mac can do, and unveiled Apple Pro Display XDR, the world’s best pro display.

Designed for customers who demand the ultimate in CPU performance — for workflows like production rendering, playing hundreds of virtual instruments or simulating an app on a dozen iOS devices at once — Mac Pro features powerful Xeon processors up to 28 cores, with 64 PCI Express lanes for tremendous performance and massive bandwidth. It also provides over 300W of power along with a state-of-the-art thermal architecture to allow the processor to run fully unconstrained all the time. 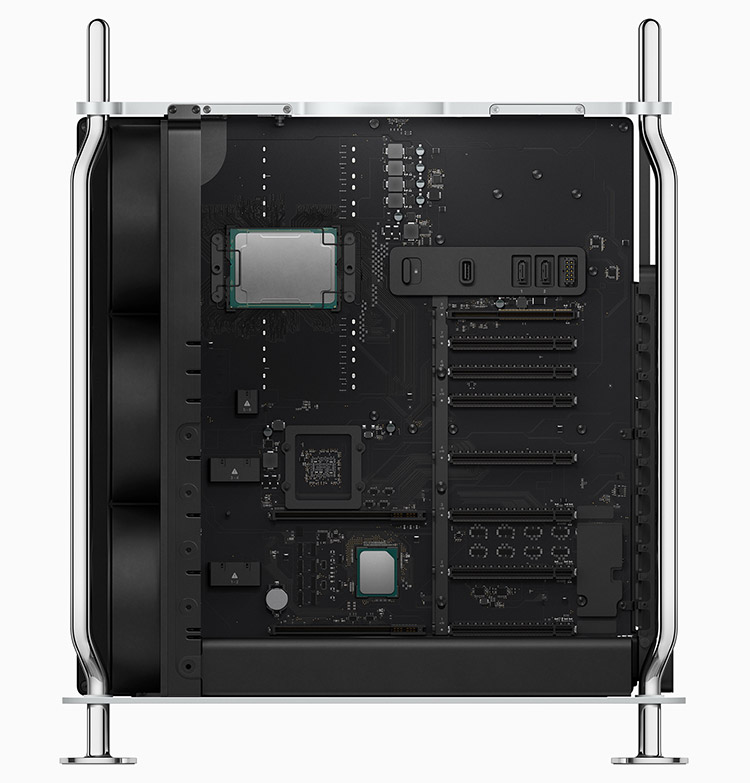 For pros working with the largest projects, analyzing huge data sets or running multiple pro applications, Mac Pro provides enormous memory capacity to meet needs as they grow. Featuring a six-channel memory architecture and 12 physical DIMM slots, the new Mac Pro allows for a massive 1.5TB of memory, the most ever available in a Mac. And with eight PCI Express expansion slots, which is twice that of the previous-generation Mac Pro tower, pros can customize and expand their system in ways never before possible in a single workstation. 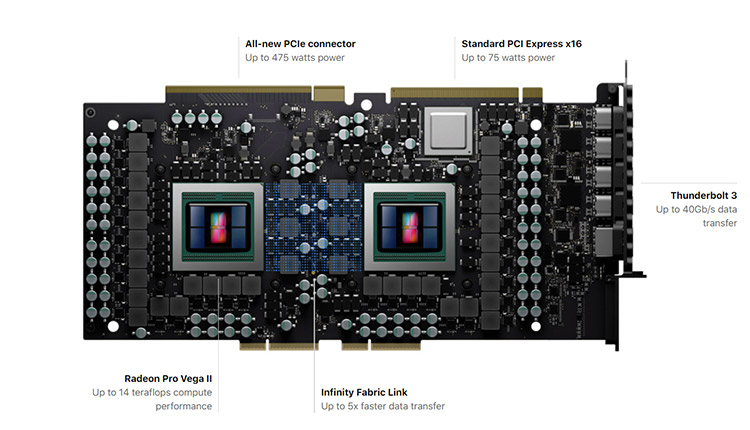 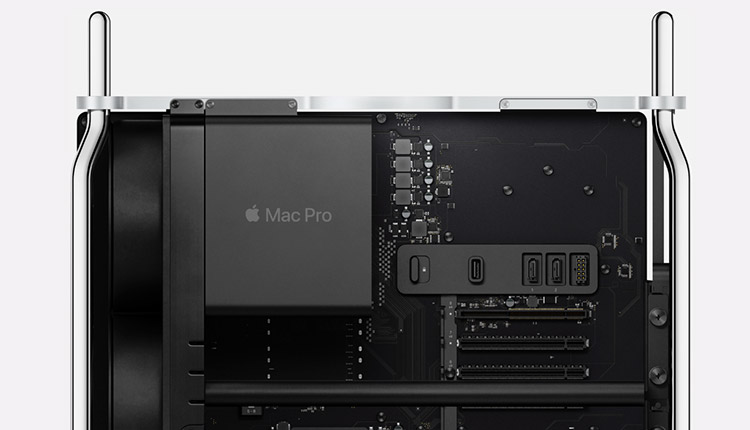 The new Mac Pro debuts Afterburner, featuring a programmable ASIC capable of decoding up to 6.3 billion pixels per second. With Afterburner, video editors using high-quality cameras that require the conversion of native file formats into proxies for easy editing can now use native formats right from the camera and decode up to three streams of 8K ProRes RAW video and 12 streams of 4K ProRes RAW video in real time,1 virtually eliminating proxy workflows.

The design of the new Mac Pro starts with a stainless-steel space frame with an aluminum housing that lifts off for 360-degree access to the entire system. The frame provides a foundation for modularity and flexibility, and incorporates smooth handles for easily moving Mac Pro around the studio. The housing also features a stunning lattice pattern to maximize airflow and quiet operation. For customers who want to rack mount their Mac Pro in edit bays or machine rooms, an optimized version for rack deployment will be available this fall.

Performance to Transform the Pro Workflow

With up to 28 core Xeon processors, 56 teraflops of graphics performance and the groundbreaking Afterburner card, the new Mac Pro delivers performance that will transform pro workflows. A number of pro app developers are seeing amazing results that have never been possible in a single workstation.

The new Mac Pro is launching this fall with a starting price of $5,999. That’s with a spec vastly below its maxed out exciting new features: you get 32GB of memory, an octa-core Intel Xeon CPU, Radeon Pro 580X graphics, and a 256GB SSD.

The all-new Mac Pro can be configured from an 8‑core to 28‑core Intel Xeon W processor according to user requirements.