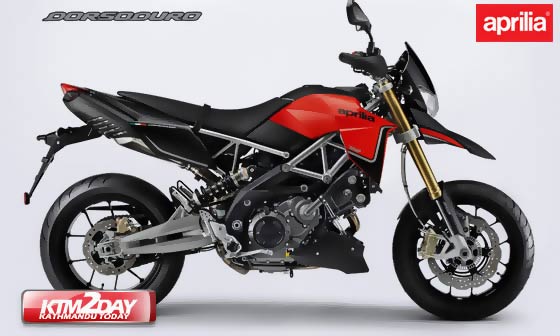 JNJ International, the authorized distributor of Aprilia motorbikes for Nepal, has launched Dorsoduro 750 ABS in the Nepali market.

According to the company, the new Dorsoduro 750 ABS is a high-range motorbike with various high-end features.

Meanwhile, the company has also announced to launch Aprilia RS4 125 in the near future.

“We intend to be a strong contender in the Nepali market with scooters as well as motorcycles ranging from 125cc to 1200cc,” the release added.