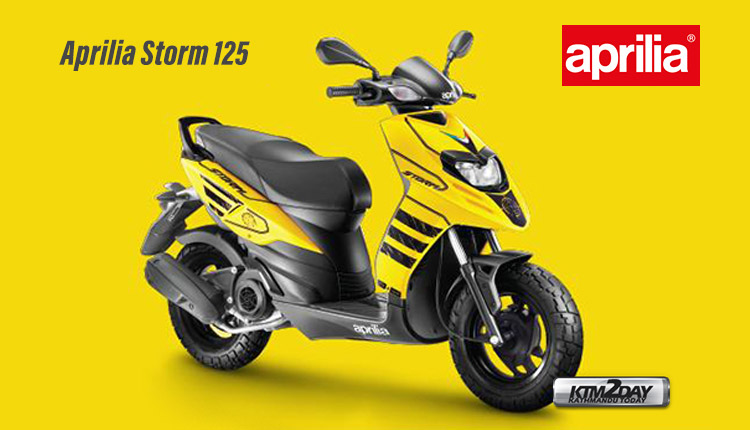 This scooter is the cheapest offering from the Aprilia brand in India. The Storm 125 is offered in two colour options, matte yellow and matte red. The Aprilia Storm 125 is set to go up against the TVS NTorq and the Honda Grazia.

The Italian bike maker has come up with a bold outlook for the scooter with a catchy paint scheme and boastful graphics to woo the young audience. The bodywork, lights and analogue instrument cluster are similar to that fitted on the SR 125.

Unlike the Aprilia SRs that come with 14-inch wheels, the Storm features 12-inch alloy wheels that are of a simpler design than the ones we saw on the scooter at the Auto Expo. It also misses out on a front disc brake and gets drum brakes at both ends, along with CBS. However, Aprilia has said that a disc brake variant is in the works. Other differences on the production scooter are minor, like the addition of a grab handle and a white Aprilia logo instead of a red one. 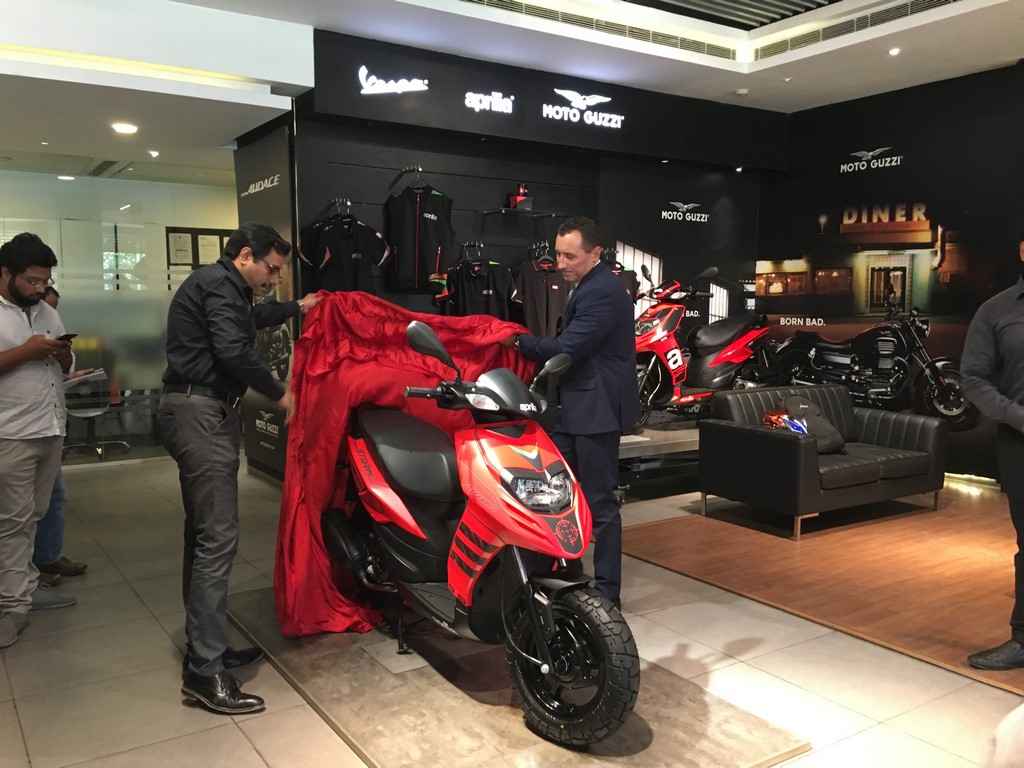 The Storm comes equipped with Vee rubber off-road-oriented tyres that measure 120/80 at the front and 130/80 at the rear. In comparison, the SR sports 120/70 section rubber at both ends, and it recently switched from Vee Rubber to MRF Nylogrip Zappers. The scooter also features the bold graphics from the scooter displayed at the expo and will be available in two colour options.

The bodywork, lights, and analogue instrumentation meanwhile, are identical to the SR 125. The engine is borrowed from the SR 125 as well – it uses the same single-cylinder, three-valve air-cooled unit that makes 9.5hp at 7,250rpm and 9.9Nm of torque at 6,250rpm.

Piaggio India’s new Aprilia Storm 125 is cheaper than the Aprilia SR 125 and will be avaliable at a price of INR 65,000 (ex-showroom).

Aprilia Storm has been today launched officially amidst a ceremony held at Labim Mall. The two-wheeler has been priced at nepali Rs 2,24,000.