Auto loan amount to be based on applicants earning power 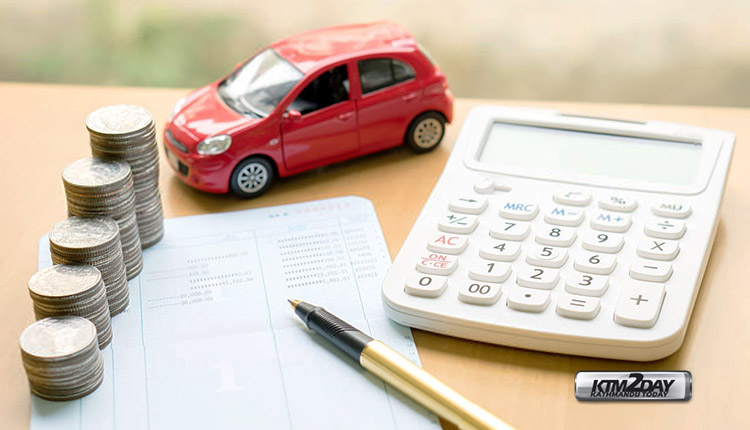 Nepal Rastra Bank is imposing a credit ceiling on the loan amount that banks can offer to customers seeking auto loans by assessing the individuals’ earnings. The move was imposed via the newly introduced monetary policy, which was introduced last Wednesday. According to the central bank, the maximum threshold on auto loans will be based on the income of the purchaser.

“The maximum limit on debt service to gross income ratio-DTI will be fixed on individuals taking loan for personal loan, home loan and hire purchase loan,” reads the provision of the monetary policy.

Citing to curb spending on unproductive purchases, the government has been adopting such measures to control banks from providing high-risk auto loans. Last November, the government had revised the loan-to-value ratio on auto loans for private vehicles to 50 percent from 65 percent. With the provision, customers need to pay 50 percent down payment of the value of the vehicle, which was just 35 percent earlier.

Previously, banks issued auto loans after customers showed their income statement. Now, the new provision has made it mandatory for banks to assess the affordability of the purchaser before issuing a loan.

Laxmi Prapanna Niroula, the spokesperson of Nepal Rastra Bank, said the central bank is enforcing the provision, citing the high risks that banks face while issuing loan just on the basis of the valuation of the automobiles. “The banks are likely to face higher risks if they provide loan without assessing the disposable income of their customers,” said Niroula.

Bankers said the new provision could make banks provide auto loan only after assessing an individual’s capacity to pay instalment on a regular basis. Tulasi Ram Gautam, chief executive officer of Century Bank said the central bank’s provision simply formalised the condition that banks have been practicing while issuing loan to their customers.

“On average, banks have been providing loan of up to Rs100 for an individual’s earnings of Rs150,” said Gautam. “It is yet to see what parameters the central bank will introduce to analyse the level of income and the upper limit to provide the loan.”

Niroula of Nepal Rastra Bank said the central bank has introduced the provision as a measure to put a curb on vehicles purchase in order to check the country’s widening the trade deficit and the shortage of loanable funds with banks due to issuing of excess loans.

According to Nepal Rastra Bank’s Current Macroeconomic Report, the country imported vehicle and spare parts worth Rs91.2 billion in the first eleven of 2018-19, which was 11 percent of the total import bills.

According to the automobile dealers, around 80 percent of four-wheeler buyers depend on bank loans to purchase vehicles.