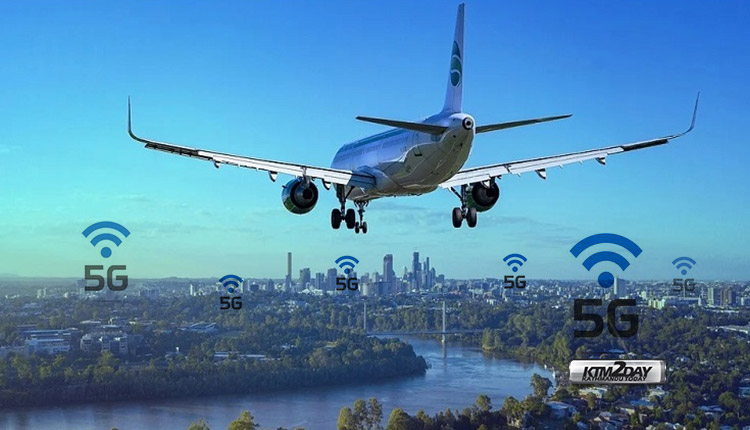 Two of the world’s most prominent aircraft manufacturers have called for caution in deployment of 5G mobile technology in the United States.

Boeing and Airbus executives wrote a letter warning that the technology might have a “major detrimental impact on the civil aircraft business.”

The use of 5G’s C-band wave was previously claimed to have an impact on the aircraft’s electrical systems.

From January 5, 2022, AT&T and Verizon will begin deploying 5G technology in the United States.

“5G could negatively affect the aircraft’s ability to fly safely,” said Dave Callahan at Boeing and Geoffrey Knittle of Airbus USA in a letter to US Secretary of Transport Pete Bootz.

The letter included data from a study conducted by Airlines for America.

The study concluded that 345,000 passenger flights and 5,400 cargo flights would have been delayed or canceled or canceled elsewhere if the 5G had been implemented in the United States since 2019.

5G technology has been cited as a potential threat to vital aviation equipment, including altitude instruments.

Federal Aviation Administration officials have promised to provide further information on the matter by January 5, noting that another flight may be necessary.

At the end of November, Verizon and AT&T announced that they will delay the start of the 5G initiative until the beginning of the new year in order to mitigate the potential impact on air travel.

Boeing and Airbus have pledged to regulate 5G mobile signals around airports in response to criticism from the aviation industry.

More than 40 major US airports are barred from using radio height equipment under the FAA’s 5G guidelines, according to United Airlines CEO Scott Kirby.

5G’s are safe, according to CTIA, a consortium of US mobile service providers. The aviation sector is trying to obfuscate the facts.

“Slowdowns can be fatal. As our country recovers from the epidemic, delays in implementation might impair economic growth by a total of 50 billion “Meredith Atwell Baker, CEO of the CTIA, made the comments in a blog post last month.