Home » AUTO » Converting old vehicles into electric will soon be allowed by the government.

Converting old vehicles into electric will soon be allowed by the government. The Government has decided to allow petrol and diesel vehicles to be converted into electric or other alternative fuel vehicles. The Ministry of Physical Infrastructure and Transport(MPIT ) has decided to give a three-year exemption for environmentally friendly or energy efficient modification of the fuel system.

The Transport Management Act has provided that no change other than spare parts should be made in the vehicle without the permission of the government.

Sub-section 1 of section 31 of the Act states that the vehicle owner should not change the color, number of seats, shape, engine or chassis of the vehicle without the approval of the authorized officer. However, this provision will not be applicable for those who want to convert to electric or any other eco-friendly vehicle over a period of three years. 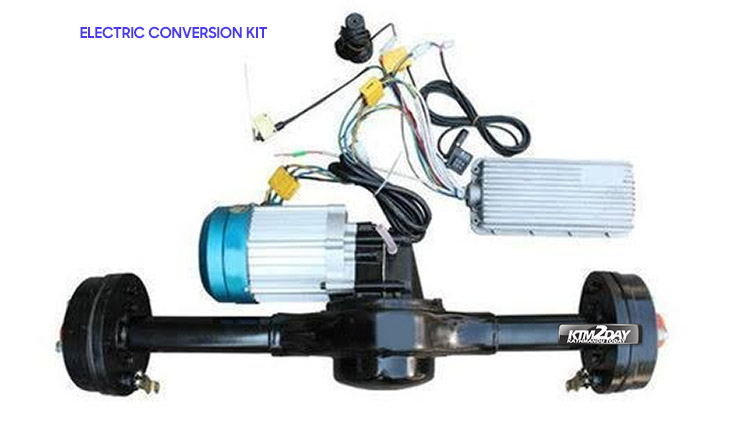 Sub-section 2 states that if permission is sought for such manipulation, the authorized officer may, after conducting necessary investigation, deem it appropriate to make such manipulation. Arrangements have now been made to revamp the fuel system by making it environmentally friendly or energy efficient.

The government hopes that this will encourage the conversion of petrol and diesel vehicles into electric or other alternative gas-powered vehicles. In order to make such conversion, the vehicle owner or related company will have to take permission.

How much does it cost?

Theego, which has been selling electric vehicles and scooters, has recently converted an old fuel-powered WagonR into an electric vehicle. According to the company, the engine and fuel tank in the fuel vehicle have been completely removed and replaced with batteries and motors.

Apart from the engine, other mechanical parts are kept intact in the converted vehicle. The motor is placed in place of the fuel-powered engine and the controller must be added. The range of the battery is fixed in the brand new EVs available in the market. However, an engineer of the company said that the converted car can have batteries as per the requirement of the customers.

The engineer said that it would cost around Rs 7 lakh to Rs 12 lakh to convert an old fuel powered vehicle into an electric vehicle. It also depends on the selection of the battery, motor and controller.

The benefits of converting old vehicles to Electric

Even the government has not been able to remove the 20-year-old vehicles plying on the roads. The problem of air pollution is increasing in the valley due to old vehicles. After the government amends the legal structure, government officials estimate that the old vehicles used for personal use will be replaced.

Director General Namraj Ghimire of MPIT insists that the 20-year-old vehicle will be managed when the government allows the old fuel vehicle to be converted into electric.

There is zero pollution from such converted vehicle. The polluting fuel engine is removed. Fuel imports decrease as fuel vehicle consumption decreases. It will also help reduce the country’s growing trade deficit.

On the other hand, users will also get tax benefits. It is rumored that the tax on vehicles converted to electric will be the same as that prescribed for electric vehicles.

What is India doing?
The Government of India has also created a conducive environment in Delhi to convert old fuel vehicles to electricity. The government has already started giving permission for such transformation.

According to automobile engineers, converting old fuel vehicles to electric will cost around INR 3-5 lakh depending on the battery capacity and the motor.