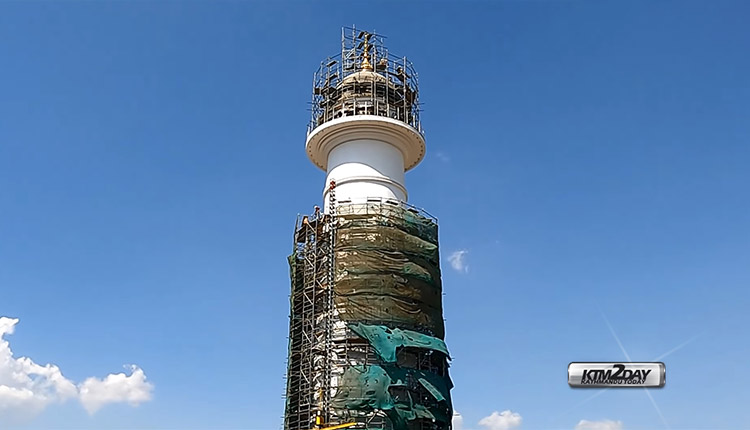 We will not have to wait any longer now to fulfill the dream of climbing the Dharahara tower and observing Kathmandu city. Reconstruction work of the historic tower is almost completed and now painting work is underway to prepare for the inauguration on Baisakh 11(April 24).

The entire decoration work of the tower will be completed on Tuesday. Rajuman Manandhar, a property expert of the National Reconstruction Authority (NRA) informed that the inauguration program is being prepared for 11:00 am on April 24. Although the structures destroyed by the earthquake have been rebuilt, some other structures will not be open to the public immediately as the construction work has not been completed. The remaining construction work is expected to finish by Mangsir(November).

According to heritage expert Manandhar, Prime Minister KP Sharma Oli informed that preparations are being made for the inauguration. The catastrophic earthquake of 2072 BS destroyed the historical heritage including the tower. Only three years after the quake, reconstruction work on the site gained momentum. Prime Minister Oli had formally inaugurated the reconstruction of the tower that collapsed due to the Gorkha earthquake on Poush 12, 2075 BS. 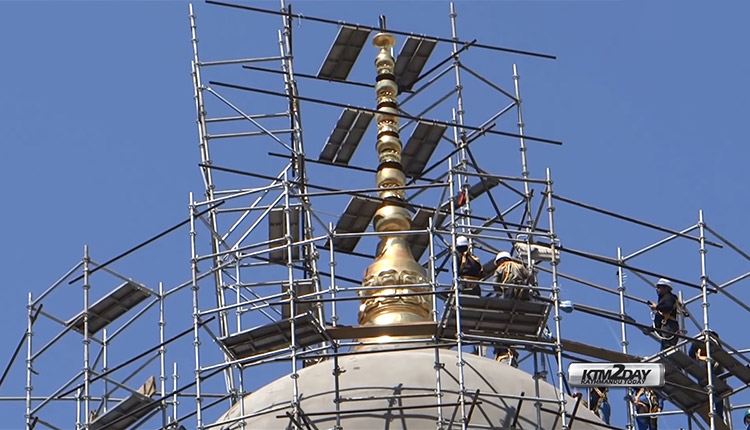 Although the construction company has set a target of completing the construction work in a period of two years, only the work of the tower has been completed so far. Overall, only 60 percent of the work has been completed. According to Shyam Shrestha, project manager for the reconstruction of the tower, they have demanded an additional 21 months from Authority but only eight months have been awarded. Therefore, it is difficult to complete all the work within the stipulated timeframe. 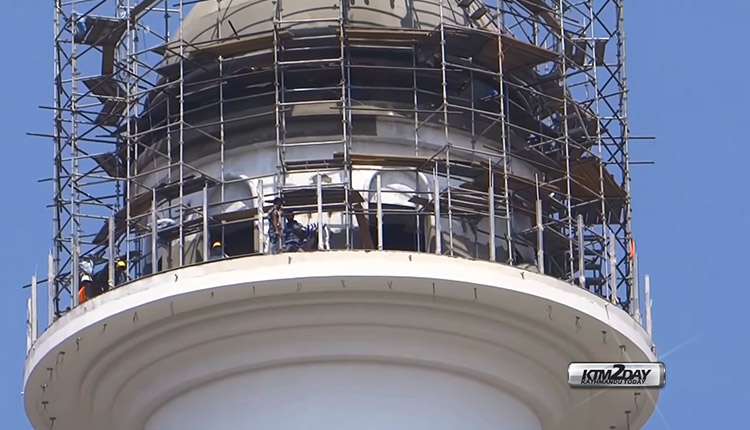 The width of the new tower is bigger than the previous tower. It also has two elevators. There will also be a traditional staircase. Arrangements will be made to climb the tower through both elevator and staircase. The tower, built on an area of ​​42 ropanis, will have a garden, museum, colorful water fountain, exhibition hall, parking lot and shops. From the outside, the tower will be 11 storeys high, but from the inside it will be 22 storeys high with a height of 72 meters and 48 feet wide at the underground basement.

The tower complex will have parking, restaurant, garden, library and other facilities. The Goshwara Post Office building has now been demolished to make way for a park . There will be living space, stone fountain, greenery and food stalls inside the park. The facility will be available for everyone who wants to study, meditate, walk around or enjoy their time at the park. 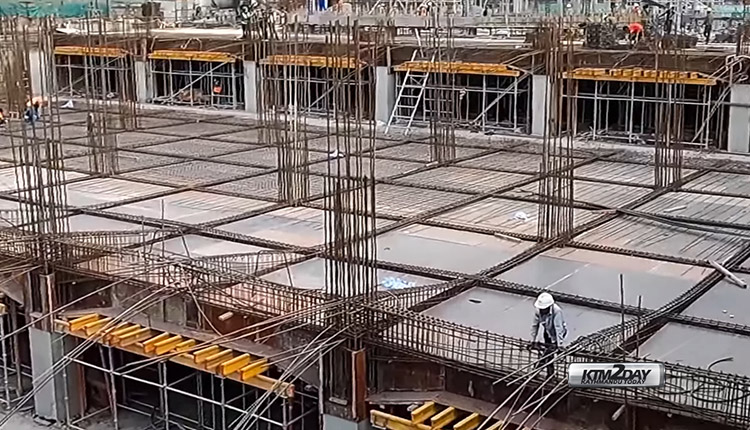 Reconstruction is carried out keeping in mind of a well-organized parking lot for the visitors. The parking lot will have enough room for 350 vehicles and 6,000 motorcycles in the 3 story parking lot.

The entire site will also be child friendly and senior citizen friendly.

The Kathmandu Metropolitan City has said that the reconstruction of the historical heritage is essential to make the archeologically important Kathmandu city a safe and attractive place. 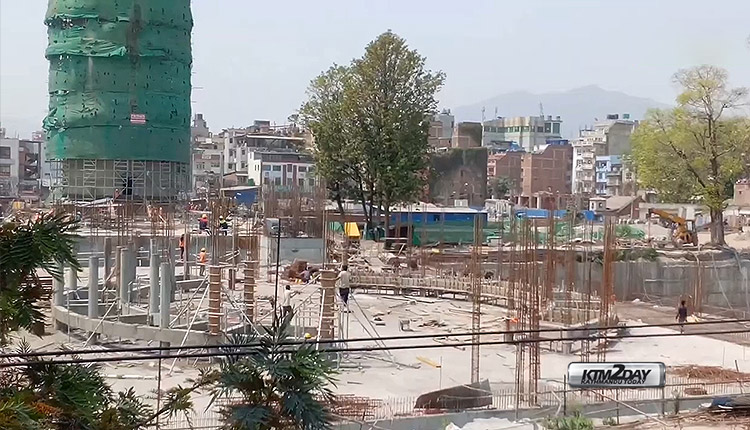 There will be an observation deck on the 18th floor of the tower and a museum, water fountain, garden, restaurant and state-of-the-art parking will be provided in the tower premises.

The previous 11-storey tower was nine storeys high after it was damaged by the 1990 earthquake. The historic tower was built in 1832 by Bhimsen Thapa.

Yagya Raj Bhatta, Information Officer at the Postal Services Department, informed that the Goshwara Post Office has been shifted to the premises of the Supply Management Department at Babar Mahal. 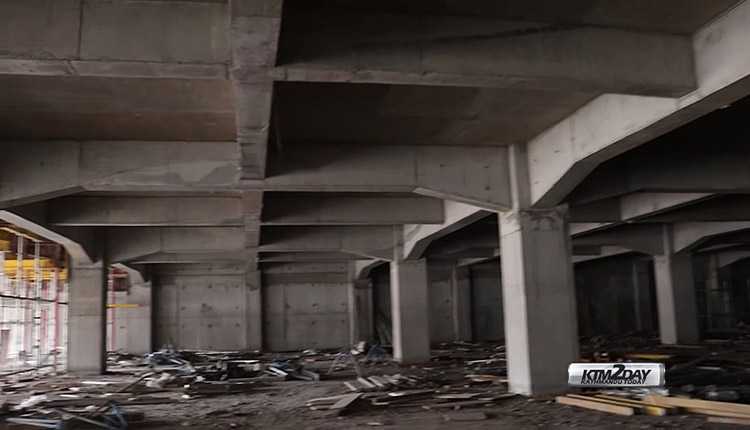 Goshwara Post Office started operating from Sundhara 50 years ago. A three-story underground parking will be built on the existing site of the post office building. The tax department under Nepal Rastra Bank, which is attached to the tower along with the post office, has also been displaced. The Taksar Department has been shifted to Babar Mahal along with the Forest department.