Hotels to pay minimum wages to workers for lockdown period 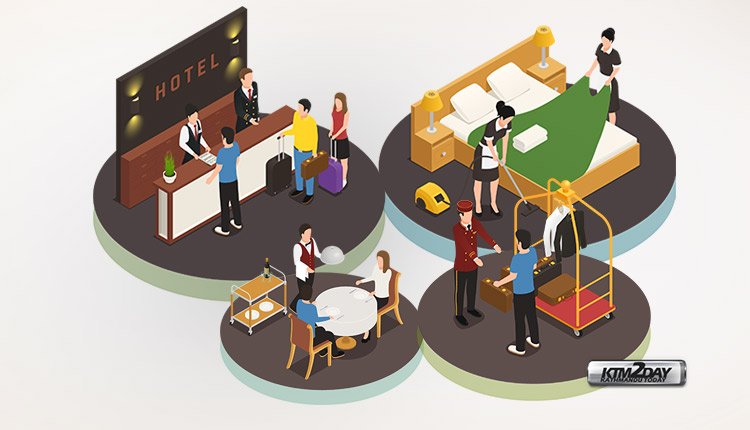 The workers and laborers in the hotel and hospitality sector will get their minimum wages for the lockdown period.

The Hotel Association of Nepal (HAN) and three major trade unions of the tourism and hospitality sector inked a deal ending a longstanding dispute over the workers’ salary for the lockdown period.

HAN said that the agreement covers the period from April 13 to December 31, considering that the situation created by the coronavirus pandemic will last till 2020.

As per the agreement, hotel workers will get minimum salaries according to the grading of the hotels.

Likewise, the staff of three-star hotels and resorts will get Rs 5,000 per month, the HAN said at a news conference in the capital on Sunday.