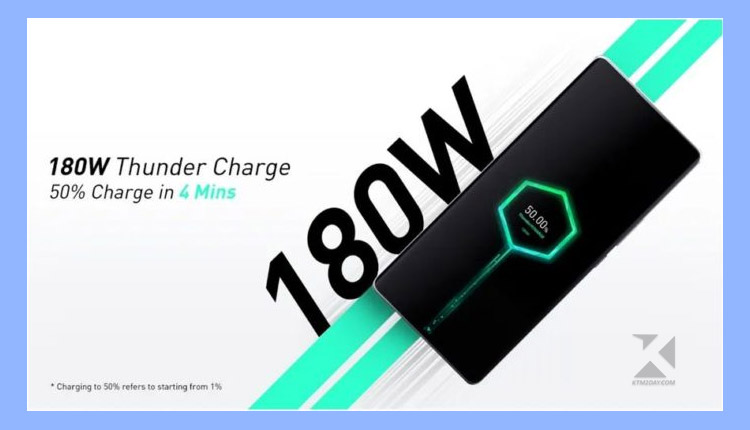 Infinix, a rapidly growing company, chose to go head-to-head with the market’s titans by introducing the 180W Thunder Charge.

As the name suggests, this is a fast-charging technology that delivers 180W. 180-watt charging will be implemented in the company’s smartphones before the end of the year, unlike the 160-watt technology that was simply a concept.

It is expected to be included in the company’s flagship smartphone, but no further details have been released.

Infinix claims this technology can charge a 4500 mAh battery to 50% in under four minutes. The company hasn’t mentioned how long it will take for a complete charge, but doubling the time by two isn’t worth it.

In total, the Thunder Charge system employs 111 software and hardware safeguards. As soon as they detect anomalies like as abnormally high temperatures, voltage spikes, or electromagnetic interference, it will shut down the charging process.

Furthermore, it indicates the presence of 20 temperature sensors for monitoring the battery, USB-C port, converters, and so on. The goal is to keep the temperature at or below 43 degrees Fahrenheit.

Additionally, Infinix will be employing a unique cable with a microchip. Ultra-fast charging can only be used with this specific cable. Charge rates of 60 or 100 watts are possible with alternative cords.