KTM’s Adventure 250 bike has now arrived in the Nepali market. The bike is built on the KTM 390 Adventure platform. The all new KTM 250 Adventure is a travel enduro bike.

Hansraj Hulaschand & Company, the official distributor of KTM motorcycles for Nepal, has stated that the booking of the bike is open.  It can be booked by paying Rs 30,000 through KTM’s showroom. 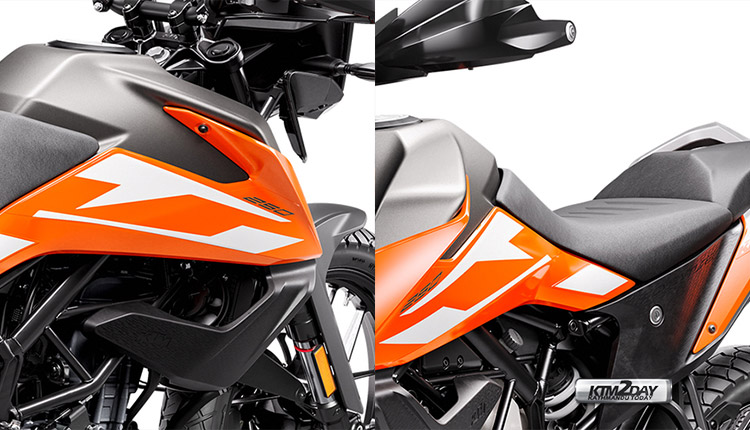 There are no differences in the styling department of the 250 Adventure to its elder sibling the 390 Adventure. The sharp tank extensions, tall, flat seat and long tail section are all the same.

The bike includes a GPS brackets, radiator protection grille, crash bungs, headlamp protection and handlebar pedals, as well as an anti-lock braking system. The bike has 320mm front disc brakes and 230mm rear disc brakes. The bike can be easily ridden on any road.

We can see that the headlamp is no longer a full LED unit, but rather a halogen lamp, when we look closer (quite bright at night). The tires are the same size as the 390s, however this model comes equipped with more reasonably priced MRF Meteor units. The 390’s sophisticated TFT color schemes and Bluetooth connectivity have been omitted from the LCD instrument console that has been added.

Despite the intense sunlight, the meters are quite easy to read. Just below the instrument binnacle, you’ll discover a 12V charging port. Also, keep in mind that this model has an off-road ABS setting that disengages the ABS on the back wheel.

This setting persists even if you turn off the bike, so the rear-wheel anti-lock braking system will remain off the next time you push the starter button. As a result, you’ll need to turn it on again by hand.

Starting with the brakes, we’ll get into handling now. Although the bike has disc brakes on both ends, the front lever doesn’t have a great feel to it.

It is easy to lean the 250 Adventure even if you are seated at a considerable height, which gives you a lot of confidence. It may appear to be a heavy bike, but in the long run, it will feel nimble.

Even when the rear-wheel ABS is turned off, it is very easy to have the rear end of this beast swaying. Additionally, the non-adjustable windscreen reduces the force of the wind when traveling at greater speeds. Reworked exhaust system as well as luggage rack at the back complete the package. 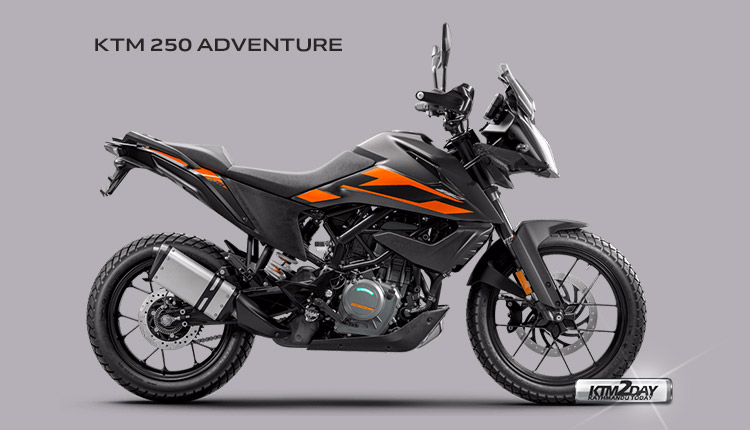