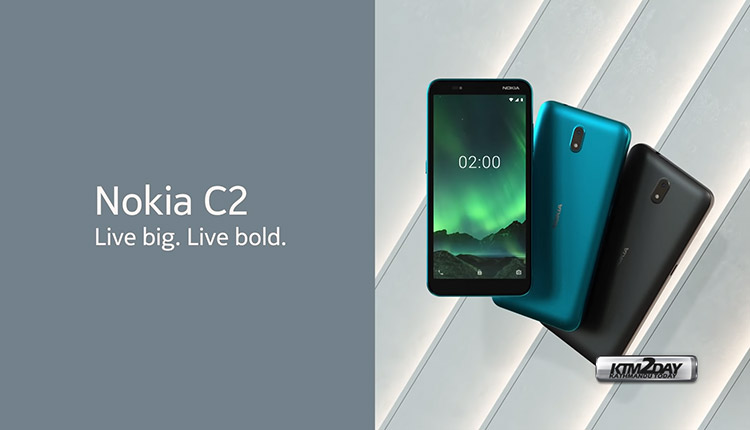 HMD Global has just officially announced the new Nokia C2. This is a device intended for the entry-level, and will feature Android GO operating system from Google along with support for 4G network.

The Nokia C2 is the successor of the C1 model, which was launched in December 2019. The new model takes the leap from 3G to 4G, and now has a 2800 mAh battery. This device will be suitable for those who want a basic smartphone at an affordable lower price range.

The Nokia C2 features a 5.7-inch HD+ display with 720×1520 pixel resolution. The smartphone is powered by a quad-core Unisoc processor and runs Android 9.0 Pie Go Edition.

The smartphone packs 1GB of RAM and 16GB internal storage which can be expanded further by adding a micro SD of up to 64GB. The smartphone comes in both single and dual SIM variants.

The Nokia C2 sports a single-lens rear camera with 5MP autofocus lens and a 5MP front shooter for selfies. The device measures 154.8 x 75.59 x 8.85 mm and it comes with a dedicated Google Assistant button. The smartphone houses a 2800mAh battery and offers 4G, VoLTE, 3G, WiFi, Bluetooth and GPS as connectivity options.

The smartphone has Android GO, which is basically the lightest version of Google’s pure Android. This brings lighter Google applications installed, and comes with the Android Pie version. However, it was promised that it will be updated to the latest version of Android 10.

The smartphone comes in two colour options — Cyan and Black.

Teletalk Pvt Ltd, the authorized distributor of Nokia smartphones has launched the Nokia C2 model in the nepali market. The device comes in 1GB RAM and 16 GB of internal storage and is priced at Rs 9,299.

Samsung Galaxy A32, A52 and A72 launched in Nepali market