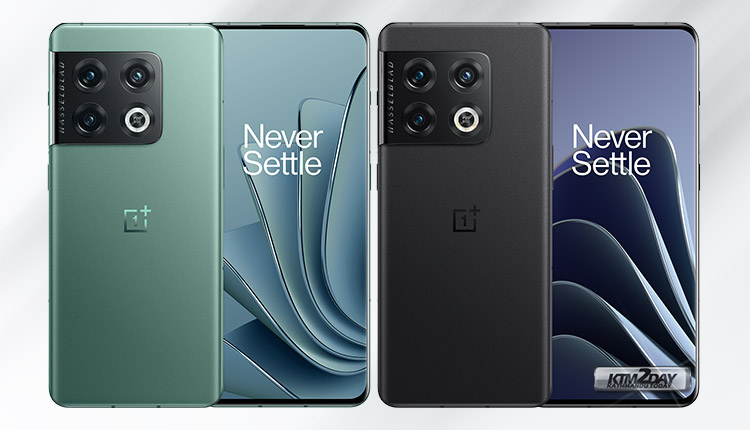 On top of that, OnePlus 10 Pro comes with three rear-facing cameras and an in-display hole. The OnePlus 10 Pro has faster fast charging than last year’s OnePlus 9 Pro, which had a 65W charger. As an added bonus, the latest model from OnePlus includes HyperBoost technology, which claims to improve visuals. A 50-megapixel Samsung ISOCELL JN1 sensor with an f/2.2 ultra-wide lens and an 8-megapixel telephoto shooter with OIS are also included in the camera configuration.

The OnePlus 10 Pro’s camera system, according to OnePlus, is capable of 3.3x optical zoom. It also has the ability to record up to 8K footage at 24fps (frame rate). OnePlus’s camera is also backed by Hasselblad’s color alterations, making it even more impressive.

The OnePlus 10 Pro has a 32-megapixel Sony IMX615 sensor with an f/2.4 lens for selfies and video chats.

UFS 3.1 storage is available in the OnePlus 10 Pro. 5G, 4G LTE, Wi-Fi 6, Bluetooth v5.2, GPS/ A-GPS, NFC, and a USB Type-C port are all available for users. A proximity sensor, accelerometer, gyroscope, magnetometer, and a proximity sensor are all on board. In addition, the phone features an in-display fingerprint sensor for biometric verification.

With the 10 Pro, OnePlus has given users the option of a 5,000mAh dual-cell battery with support for both wired and wireless fast charging at rates of up to 80W and 50W, respectively. Starting on Thursday, January 13, Emerald Forest and Volcanic Black will be available for purchase in China. We don’t have any information about the OnePlus 10 Pro’s global debut at this time.