On Wednesday, the Oppo Band 2 and Oppo Watch 3 series were introduced in China along with the Oppo Enco Air 2i true wireless stereo (TWS) headphones.

According to the manufacturer, the new TWS earbuds have a combined battery life of 28 hours. They have connectivity via Bluetooth v5.2, with a 10 meter range. Two colour variations are offered for the Enco Air 2i earphones.

The recently released Oppo Band 2 has a 1.57-inch AMOLED screen with a maximum brightness of 500 nits. In China, pre-orders for both wearables are now being taken. 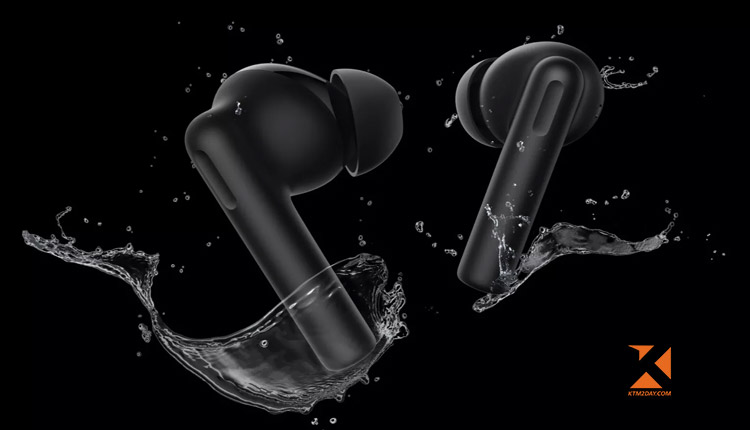 Specifications for Oppo Enco Air 2i

AAC and SBC Bluetooth codecs are supported by the Oppo Enco Air 2i, which also has Bluetooth v5.2 connectivity.

According to the company, the new Oppo earbuds also have 10mm titanium-plated drivers. The frequency range of the earbuds is 20Hz to 20,000Hz.

Double-tapping the Oppo Enco Air 2i TWS earbuds allows users to shoot images with their smartphones. It’s water resistance is rated at IPX4.

Three sets of ear tips are provided by the company to accommodate ears of various sizes and shapes. Each of the earbuds has a 40mAh battery, while the charging case has a 460mAh battery.

The earbuds, according to the manufacturer, provide 7 hours of listening duration at 50% volume on a single charge. According to claims, the total battery life with the charging case is 29 hours.

Additionally, 4 hours of call time at 50% volume and 16 hours of talk time with the charging case are provided by the Oppo Enco Air 2i TWS earbuds. The new Oppo fitness band ditches the customary pill-shaped dial in favour of one with a more rectangular appearance. The fitness tracker comes with over 100 sports modes, including racing, workout, swimming, an e-sports mode, and more, and 200 band faces.

As previously reported, the company also offers an Oppo Band 2 with NFC capability. Both variants are 5 ATM water resistant.

A 200mAh battery inside the fitness tracker is said to last up to 14 days. Moreover, magnetic charging is supported. According to the manufacturer, the Oppo Band 2 has dimensions of 45.3 x 29.1 x 10.6mm and weighs 33g with the strap and 20g without.

The cost of the Oppo Enco Air 2i is CNY 149(roughly NRs. 2,800). In China, pre-orders are presently being accepted for the Obsidian Black and Crystal White colour variants. The company anticipates starting to ship the new TWS earphones on August 16.

Priced at CNY 249 (about NRs. 4700) for the basic edition and CNY 299 (approximately NRs. 5640) for the NFC version, the Oppo Band 2 is currently available. Additionally, the fitness band is up for pre-order in China in the colors Clear Cloud Blue and Dark Night. Oppo anticipates Band 2 shipments on August 19.