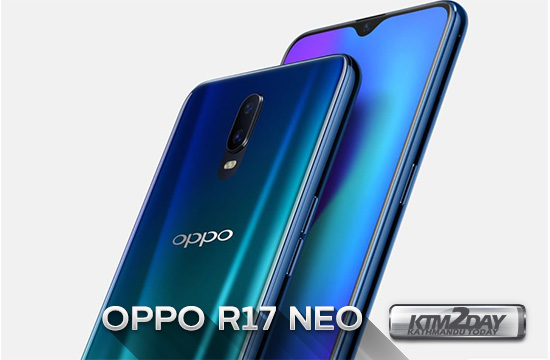 After officially unveiling the Oppo R17 and R17 Pro this year, it looks like the Chinese maker plans to release yet another variant of the family of intermediate smartphones, but now with Snapdragon 660 and some new features to catch the attention of potential buyers.

According to the latest leak released , we have practically all the details regarding the hardware, dimensions and weight of the new Oppo R17 Neo , which should still reach the Chinese market later this year.

There is not much information on the design of the device (except for the image you can see below), but since the information regarding dimensions is practically identical, we expect Oppo to maintain the standard aesthetics with a waterdrop notch on the screen which has the same screen size as the R17, in addition to the glass finish and arrangement of the rear cameras.

The upcoming R17 Neo is rumored to be driven by Snapdragon 660 chipset.

According to the data revealed, the Oppo R17 Neo will come with a  6.41-inch screen with Full HD + resolution (2340x1080p) and AMOLED quality, 4GB of RAM and 128GB for internal storage. There are dual camera setup in the rear panel and one in the front. For photography, the OPPO R17 Neo features a selfie shooter of 25-megapixel with f/2.0 aperture. The back panel of the phone could be equipped with f/1.75 aperture 16-megapixel + f/2.4 aperture 2-megapixel dual camera system. The other features that are expected to be available on the R17 Neo are 4G VoLTE, Wi-Fi 802.11ac, Bluetooth 5.0 and GPS. The smartphone is likely to arrive with ColorOS 5.2 based Android 8.1 Oreo OS. 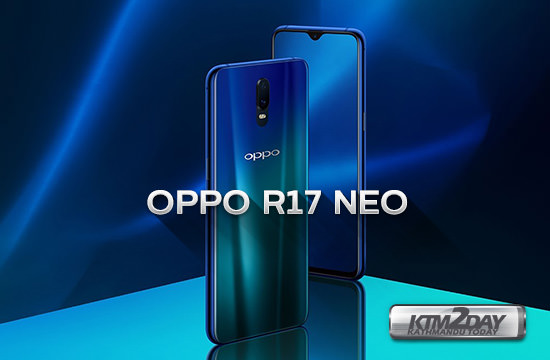 There is no information yet about the company’s fast VOOC charging, which may or may not be part of the Neo model, but other news should come in the next few days, so we’ll keep an eye out to keep you updated!