Home » PRODUCT WATCH » PS5 : The future of Gaming event will be re-announced soon

PS5 : The future of Gaming event will be re-announced soon 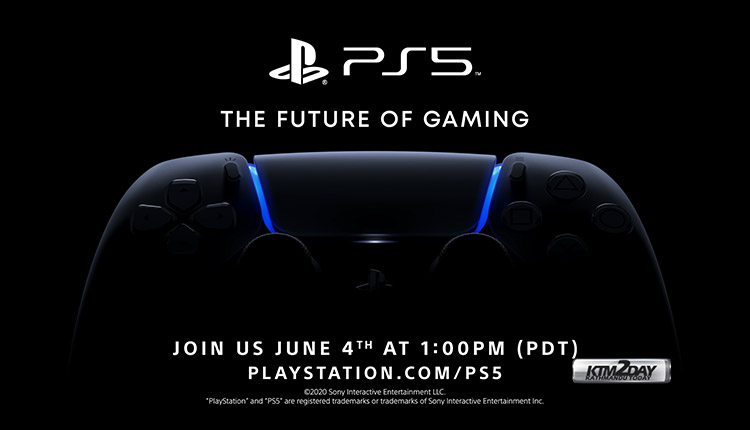 Update: June 4 : Sony announced the PlayStation 5 presentation event (which was supposed to take place on June 4), and cancelled it after few days later.

Due to demonstrations against racism in the United States, the company decided to postpone the event. However, today Sony has updated the description of one of the PS5 promotional videos.

“Update: this event has been postponed. We will be announcing a new date soon.”

These are the words found in the description of the video, where Sony once again shows the DualSense controller. After all, the design of the console has not yet been revealed and the company has nothing else to show.

Of course, at this point, any date will be pure speculation. Therefore, it is better to wait for Sony to decide once and for all and inform the world the date of announcement of its new console.

Update: June 2 : Sony announced few hours ago that the June 4 event has been cancelled. Sony did not further explain the reasons, but it is clear that the situation is due to the ongoing situation in the United States, where mass protests have been raging for several days.

We decided to postpone the event scheduled for June 4. Although we understand that gamers around the world want to see games for the PS5, we don’t think that this is the right time for the holiday – as long as we want to step back and let more important voices be heard

June 1 : After a series of rumors and leaks, Sony has officially confirmed that it will hold the first presentation of games for the next-generation console next week on June 4, 2020. The announcement was made through the company’s twitter account recently.

During an hour long presentation, the company promises to demonstrate “The Future of Gaming” and a first look at games that users can play immediately after buying a PS5. Game enthusiasts all over the world can watch the live presentation online through through Sony’s offiicial channel at Twitch and YouTube .

Thanks to earlier leaks, we already know that the first wave of releases will include 38 games, including Rainbow Six Siege, Assassin’s Creed Valhalla, Battlefield 6, DiRT 5, Watch Dogs Legion and others.

To date, Sony has revealed only some of the features and capabilities ( 1 , 2 and 3 ) of the new PlayStation 5, showed a new DualSense gamepad and, of course, a new logo . A key feature of the new PS5 is its huge memory bandwidth. The console will receive a custom 825 GB SSD with a speed of 5.5 GB / s, which, according to the head of Epic Games Tim Sweeney, surpasses everything that is currently on the market for PCs .

Sony’s PS5 event comes as the video game industry prepares for two of its biggest new product launches in nearly a decade. Sony’s PS5 and Microsoft’s Xbox Series X are slated to be released in time for the holiday shopping season, promising sharper and more intricate visuals, faster gameplay and new titles such as Microsoft’s Halo Infinite space war epic.