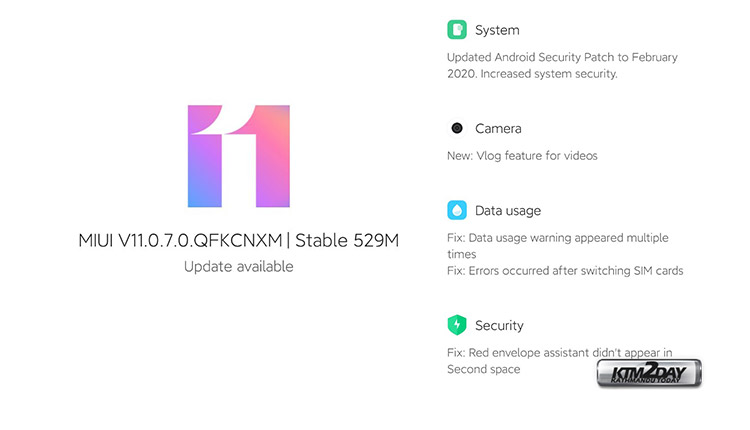 Xiaomi has rolled out MIUI 11 firmware updates for two of the smartphones that was released last year – Redmi K20 Pro and Xiaomi Mi 10. In both cases, the update added new camera features : Redmi K20 Pro gets a Vlog recording mode, and Xiaomi Mi 10 received AI 8K mode ( with a frequency of 24 fps).

The new Android 10 operating system-based MIUI 11 update comes with build number MIUI 11.0.4.0.QFKCNXM and the download is 529 MB in size.

The new Vlog mode will appear on the default camera app and allows users to create 10-sec videos with still images. You can customise the presets and sound effects.

While on the Mi 10, the updates brings several bug fixes (overheating was eliminated when playing some video files, problems with automatic brightness control, skipping calls on the 5G network were fixed), March security updates . So far, updates have been released in China, but global versions of the firmware should be released soon.