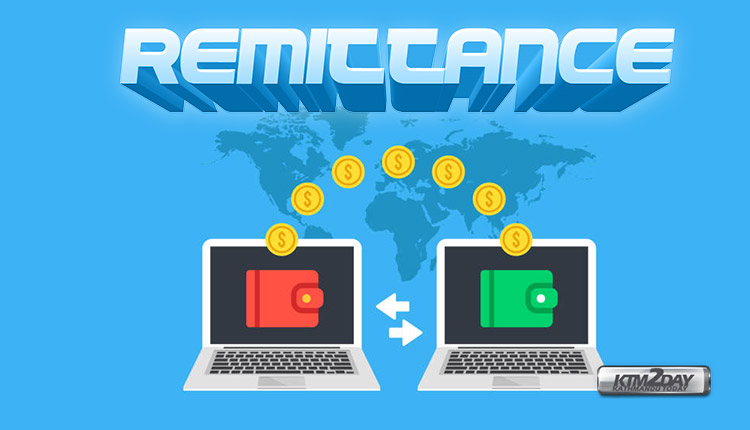 Nepali migrant workers sent home $8.1 billion in 2018, making it the 19th biggest beneficiary of funds sent by migrants around the world, according to a report released by World Bank on Monday.

The remittances were up 16.39 percent year-on-year despite a drop in the number of departures. As a share of the gross domestic product for 2018, Nepal is among the top five recipient smaller economies, along with Tonga, Kyrgyz Republic, Tajikistan and Haiti.

Five South Asian countries are in the top 20 list of biggest beneficiaries of remittances, with Nepal taking the fourth spot in the region. It is behind India ($78.6 billion), Pakistan ($21 billion) and Bangladesh ($15.5 billion) but ahead of Sri Lanka ($7.5 billion) in terms of remittances, according to the World Bank’s Migration and Development Brief released on Monday.

India is the world’s top recipient of remittances followed by China, Mexico, the Philippines and Egypt. The World Bank said that remittances to South Asia grew 12 percent to $131 billion in 2018, outpacing the 6 percent growth in 2017. The report said that migrant workers and others sent home an estimated $529 billion to low- and middle-income countries last year, up 9.6 percent from the year before, which had also been a record. Such money transfers should hit $550 billion this year, making them the largest source of external finance, according to the bank.

Among the development goals set by the United Nations in 2015 was reducing the cost of remittances to 3 percent. “However, banks on average were charging 11 percent in the first quarter of 2019 while post offices charged 7 percent,” it said.

According to Nepal Rastra Bank statistics, Nepali migrant worker departures plunged 39.2 percent in the first seven months of the fiscal year, compared to a 4.9 percent drop during the same period last year. A sharp decline in the number of people leaving for Malaysia, one of the most popular labour destinations for Nepalis, dragged down departure figures.

Nepal has signed a labour agreement with Malaysia, but lack of a mechanism to resume labour migration has stymied departures to this Southeast Asian country.

The World Bank said that migrant workers continue to be afflicted by recruitment malpractices.

A recent report by the Centre for Migrants’ Rights 2018 found that Mexican job seekers applying under the temporary worker programme for work in the US were cheated by recruiters who charged recruitment fees averaging 9,300 pesos (about $470). Excessive charges borne by workers also led the Nepal government to halt worker departures to Malaysia in May 2018, the bank said.

Nepal and Malaysia signed a memorandum of understanding in October 2018 under which Malaysian employers would bear all necessary recruitment costs to hire Nepali workers, including visa and airplane tickets.

In a related development, ministers from 12 Asian labour-sending countries—Afghanistan, Bangladesh, Cambodia, China, India, Indonesia, Nepal, Pakistan, the Philippines, Sri Lanka, Thailand, and Vietnam—met in Kathmandu last November in a high-level meeting of the sixth Ministerial Consultation on Overseas Employment and Contractual Labour for Countries of Origin in Asia (Colombo Process) and made a commitment of ‘zero-cost’ jobs for migrant workers.

Japan identified nine priority countries as foreign labour sources on the heels of a new policy to admit 345,000 foreign workers over a period of five years starting April 11, 2019, the bank said. Except for Nepal, all the countries are in East Asia, namely, Cambodia, China, Indonesia, Mongolia, Myanmar, the Philippines, Thailand and Vietnam.

Workers from these countries will be admitted into 14 sectors facing severe labour shortages. Both Nepal and the Philippines signed a memorandum of cooperation with Japan on March 25, 2019.