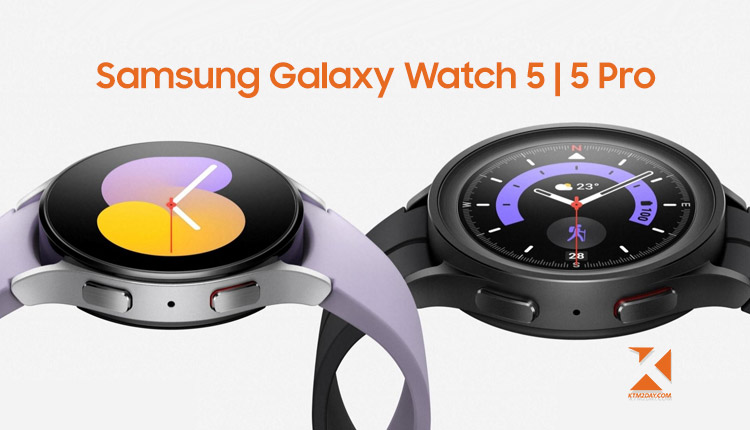 WearOS 3.5-based One UI Watch 4.5 powers the Samsung Galaxy Watch 5, which was released in September. The casing is made of ‘Armor Aluminum’ and has a Sport Band attached to it. It has a 1.4-inch Super AMOLED display with 450×450 pixels resolution in the 44mm model, and a 1.2-inch Super AMOLED display in the smaller 40mm model. The display is always on in both models (AOD). An outer coating of Sapphire Crystal on the smartwatch claims to be 60% tougher than a normal sapphire crystal. Dual-core Exynos W920 SoC and 1.5GB of RAM power it. 16GB of internal storage is also included with the Galaxy Watch 5.

Samsung BioActive sensors have been added to the smartwatch. Wearers of the sensor can monitor their heart rate, SpO2 level, and stress level by using the sensor’s optical heart rate sensor, electrical cardiac signal, and bioelectrical impedance analysis. A temperature sensor based on infrared technology is also included in the Galaxy Watch 5. An accelerometer, gyroscope, barometer, compass, and light sensor are also on board.

Samsung has announced that the Google Maps app will soon be available on the Galaxy Watch 5, which will operate without the need for a smartphone to be nearby. Streaming music and audio from Soundcloud and Deezer will also be supported by the company.

Samsung’s Galaxy Watch 5 is water and dust resistant to IP68 standards. With Wi-Fi, Bluetooth v5.2, NFC, and GPS capabilities, you may connect your phone to the internet. There is a 410mAh battery in the Galaxy Watch 5 (44 mm). A 284mAh battery powers the 40mm Galaxy Watch 5. It is possible to wirelessly charge both models via WPC. Samsung claims that the battery is 13% larger and provides 8 hours of sleep tracking with an 8-minute charge. With a diameter of 44mm, the 44mm model weights 33.5g. The 40mm model, on the other hand, is 39.3 x 40.4 x 9.8mm and weighs 28.7g, making it slightly heavier. 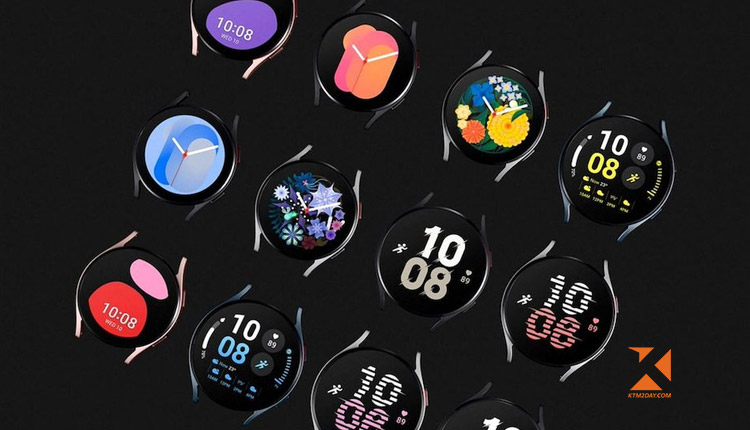 WearOS 3.5-based One UI Watch 4.5 runs on the Samsung Galaxy Watch 5 Pro. In terms of display size, it has a 1.4-inch Super AMOLED display with an aspect ratio of 450×450 pixels. The Galaxy Watch 5 Pro has an always-on display like the non-Pro model. D-buckle sport band with Titanium case. With the same processor, RAM and storage as the Galaxy Watch 5, the wristwatch also has the same characteristics.

If you’re a hiker or mountain biker and want to know where you left off, you may use the Galaxy Watch 5 Pro’s Track Back feature. It is also possible to download hiking and cycling routes on your watch.

Galaxy Watch 5 Pro has a temperature sensor, accelerometer and gyroscope, a barometer, compass, and a light sensor built into it. Wi-Fi, Bluetooth v5.2, NFC, and GPS are all included in the Samsung Galaxy Watch 5 Pro model. With an IP68 classification for dust and water (5ATM) resistance, it’s just like the Galaxy Watch 5. It has a 590mAh battery and can be charged wirelessly using WPC standards. A 45.4 x 45.4 x 10.5mm piece weighing roughly 46.5g is included.

Samsung Galaxy Watch 5 prices start at $279  for the 40mm Bluetooth version and $329 (about Rs. 26,100) for the LTE version. For the bigger Galaxy Watch 5 (44mm) Bluetooth and LTE models, the price has not yet been released by Samsung.