Tourist arrivals up 2.3 percent in April 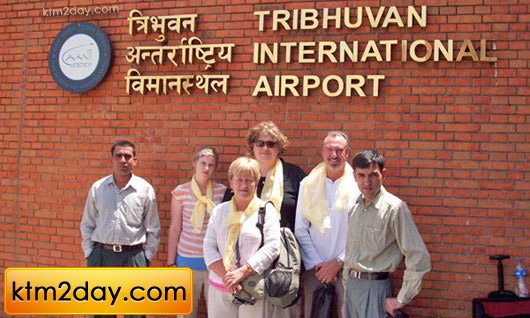 The figures, released by Immigration Office, Tribhuvan International Airport (TIA), reveal that visitor arrivals in the month of April 2010, increased to 38,694, a 2.3 per cent compared to the corresponding period last year.

Visitor arrivals from India, which registered sustained growth since the beginning of 2010, witnessed soft decline by 2.6per cent.

India is the largest source market for Nepal.

Saudi Aramco shines over Apple as world’s most…

Visitor arrivals from Sri Lanka have declined by 21.5 per cent.

A robust growth of 15.9 per cent has been observed in the arrivals from the South Asian region during the first four months of 2010 compared to the same period last year.

In April 2010, there has been sustained growth of 45.3 per cent in visitor arrivals from China which is one of the fastest growing tourist markets for Nepal.

Similarly, arrivals from Asia (other than South Asia) have maintained the upward trend.

Visitor arrivals from Malaysia and South Korea, have registered a positive growth of 14.2 per cent, and 20.3 per cent respectively.

Visitor arrivals in the first four months of 2010 from Asia (other than South Asia), as compared to the same period last year, have grown by 32.4 per cent in aggregate.

The figures also show increasing trend in the visitor arrivals from the United States of America and Canada with a growth of 3 per cent and 8.3 per cent respectively.

However, Australia and New Zealand have registered negative growth by 15 per cent and 9.3 per cent respectively.

However, other destinations in Western Europe have posted weaker arrivals figures.

Arrivals from the UK, Germany, and the Netherlands have declined by 15.1 per cent, 3.9 per cent, and 11.2 per cent respectively.

This is the eleventh consecutive month that Nepal has witnessed growth in the international tourist arrivals and confirms the improved prospects for Nepal in the year 2010 with rising business and consumer confidence.

In the first four months of 2010, a robust 21 per cent of cumulative growth has been observed in comparison to the same period last year.