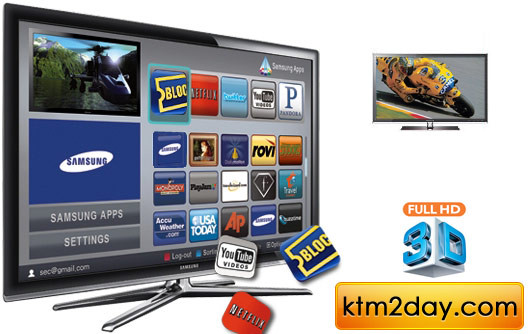 To address the growing demand for 3D technology, Him Electronics Pvt Ltd, the authorized distributor of Samsung Consumer Electronics has unveiled 3D, LED 7000 televisions in the market. The Samsung 3D LED televisions are available in the screen size of 40 inch, 46 inch and 55 inch.

“LED 7000 series will be available in the market of Nepal from this week which is the entire line up of Samsung Full HD,” the press statement stated.

“We believe that this 3D LED TV will be popular in the market very soon as this is the new technology,” said Sheema Golchha, Director of Golchha Organization.

The TV has all-share wireless feature that means the users can connect their TV with compatible mobile devices. Users can share movies, photos and music through their TV itself apart from all the basic features of LED TV. The company also claimed that this new models 3D series consume less electricity.