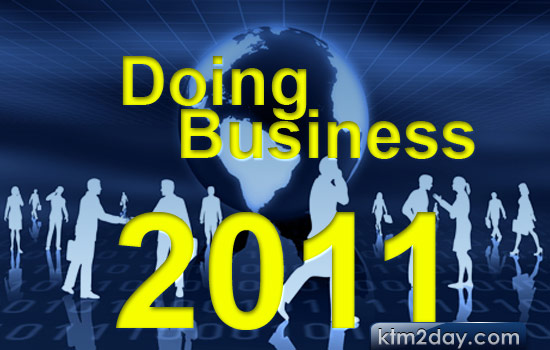 The report made public by the World Bank says Nepal made no reports of any reforms last year. Except for dealing with construction permits and registering property, Nepal slipped in six indicators of the Doing Business Report.

Nepali private sector often complains about not been able to close their business even if they incur loss. The report illustrates this fact. Nepal is ranked 107 in closing a business.

The only silver lining for Nepal is, it is ahead of the world’s second fastest growing economy, India. India is ranked at 134.

The Doing Business Report provides objective measures of business regulations and their enforcement across 183 economies and selected cities at the subnational and regional level. It analyzes regulations that apply to starting up and operation of businesses, trading across borders, paying taxes and closing a business.

Insurgency-hit Pakistan topped all the countries in South Asia as it reduced the time for exporting by improving electronic communication between the Karachi port authorities and private terminals in the past year, the report says.

During the launch of the report, World Bank officials said that the report did not reflect the overall business environment because issues of vital concern for investors such as security and other environments had not been included.

Even amongst the South Asian countries, Nepal is only ahead in registering property where it is ranked first. The procedure to resister property is the easiest in Nepal, and it takes the least time. The cost of registering property is also the lowest. Nepal’s getting credit indicator is among the poorest in South Asia. Nepal’s performance is moderate in terms of protecting investors and it is moderate in terms of the time and tax rate in South Asia.