Electricity generation averages at 6.44 Mega Watt per year in Nepal 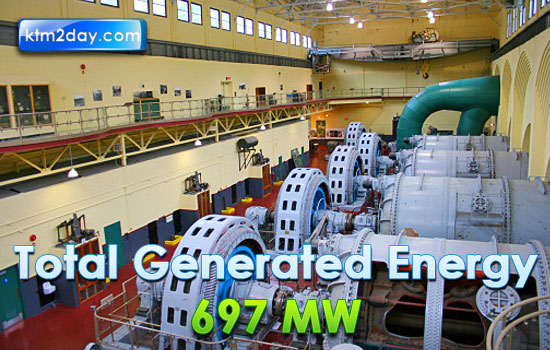 The total energy generated, however, stands at 697.85 MW including, 53.41 MW from diesel plants and 0.10 MW from solar, he said, presenting his paper.

However, Minister for Energy Gokarna Bista promised that the government is bringing new scientific regulation to award licence that would encourage the real developers and discourage the fake ones. “NEA will go through structural reform,” he said, adding that the government is also bringing a new regulation that will shorten EIA process to a month.

In the last 10 years — from 2000 to 2010 — only 127 km transmission line has been constructed that is insufficient in case all the hydel projects that are in pipeline completes on time. “There are some 3,200 MW capacity PPA in pipeline,” Bista said, adding that the budget for the next fiscal year is going to address marketing of surplus electricity, apart from provisions of bulk sale of electricity.

“The government should not make impossible promises,” he said, suggesting the government to make possible promises only as the contribution of electricity stands at only 2.21 per cent in the total energy demand. Due to low electricity production, the industries have been hit by regular power outage increasing the cost of production and decreasing the competitiveness of domestic products, he added.

Industrial sector is projected to consume 37.4 per cent, household 42.8 per cent, trading sector 7.7 per cent, and miscellaneous sector 12.1 per cent of electricity in current fiscal year, whereas, number of electricity consumers, in first six months of 2010-11, stood at 1.95 million — an increase by 9.02 per cent — from last fiscal’s 1.79 million. (Source:THT)