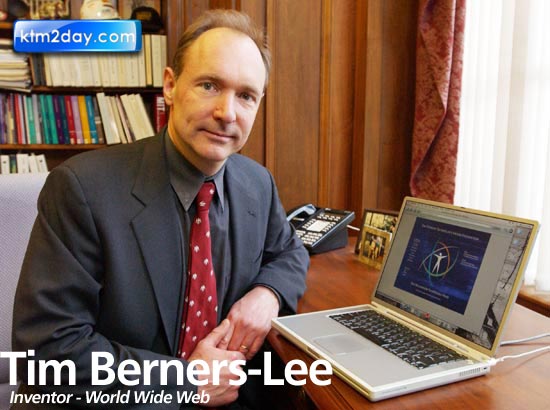 Saturday marked the 20th anniversary of the World Wide Web becoming a publicly available service on the internet.

While many people use the terms web and internet interchangeably, they are in fact different services.

On August 6 1991, Tim Berners-Lee (now Sir), posted a short summary of the World Wide Web project on the alt.hypertext newsgroup.

The message read: “The WWW project aims to allow all links to be made to any information anywhere.”

Previously the web was used to allow physicists at the CERN physics laboratory to share data, news and documentation, but Berners-Lee’s post released the technology to the general public.

By making the web openly available and royalty free, it quickly advanced to a globally used service, no longer the secret of the technologically minded.

In the 20 years that followed, the web has become a daily part of modern life.

The late 1990s and 2000s saw the boom and subsequent bust of dot-com businesses.

Sites such as Amazon and eBay were some of the few to survive.

Since then, the web has grown further and is now included on most new phones and televisions.

The ability to access email and other web services through mobile phones has proved unbelievably successful, with many now addicted to their smart phones.

“Five billion people are on the web on mobile devices, the dominant device will be the smart phone rather than the laptop.”

Professor Domingue also warned of the dangers in the fast advancing web services: “One problem that may arise in the future of the web will be privacy.

“This is already a problem for a number of sites that will only worsen as technology advances.”

However, the consensus appears to be that the only way forward for the web is upwards.

Sir Berners-Lee may never have guessed what would become of the message he posted on a forum 20 years ago but there is no doubt that the web will continue to expand beyond any expectations in the next 20.(Source:Sky News)