Ncell a star performer for TeliaSonera 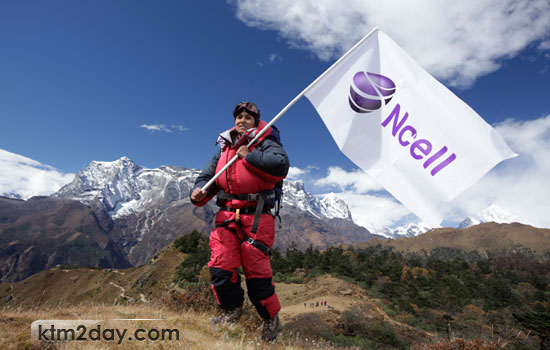 Ncell is identified here as a star performer by officials at the headquarters of TeliaSonera, which acquired Mero Mobile in 2008 and successfully re-branded it as Ncell (N stands for Nepal).

The numbers best tell the story. Since 2008, the number of Ncell subscribers has soared to 6.6 million, up from 1.5 million. It is now the leading telecom operator, edging out the government-owned NTC which until recently enjoyed a market monopoly.

“Wherever we are, we want to be the market leader and this is our DNA,” said Tero Kivisaari, president of TeliaSonera Eurasia. “Ncell has been a very good investment for us. It’s been a fantastic operation and we are very happy.”

With mobile telephony having reached only 45 percent of the population, the lowest among all the TeliaSonera subsidiaries, the scope for growth remains huge in Nepal, something the TeliaSonera executives here are well aware of.

They have invested heavily on infrastructure and human resource development in the last few years in Nepal, and now they expect returns. The signs are encouraging for Ncell. From 2012, it starts repaying its dues to headquarters.

Being part of TeliaSonera gives Ncell a heads-up on industry expertise and pioneering technologies. It can also draw on experiences from a vast market and various economies of scale.

Like Ncell in Nepal, TeliaSonera has other subsidiaries: Tcell in Tajikistan, Ucell in Uzbekistan, Kcell in Kazakhstan, Azercell in Azerbaijan, Geocell in Georgia and Moldcell in Moldova. All share a common identity—a purple stone with white rings around it—symbolizing global and local connectivity.

Closer to home, TeliaSonera is also a leading operator in Norway, Denmark, Finland and Sweden. It’s also among the market leaders in Russia, Turkey and Ukraine.

With a population of 30 million and low level of mobile penetration, the Nepali market is ideally suited for high growth in mobile telephony. Additionally, Nepal is not a crowded market, with the government-owned NTC being the only serious competitor. “The Indian market, for example, is far too crowded,” said Cecilia Edstrom, Senior Vice President and head of TeliaSonera’s Group Communications.

One of Europe’s leading telecom operators, TeliaSonera is a merger between the Swedish company Telia AB and Finland’s Sonera Corporations in December 2008.

It is now the fifth largest telecom operator in Europe after Vodafone, Telefonica, Deutsche Telecom and France Telecom. It has a total subscription of 164 million from “Norway to Nepal”, the latter the only market outside Europe and former CIS member-states.

Telia has a long and proud history. It was founded in 1853 as the Swedish Royal Electrical Telegraph Agency. To its credit, it invented mobile telephony, working with a handful of Nordic vendors and operators, and also launched the world’s first mobile network. It is the first operator in the world to commercially launch the 4G network. “We are proud of being pioneers in the telecom industry, a position we have gained by being innovative, reliable and customer-friendly,” said Edstrom, head of the group’s communications. (Source:ekantipur)