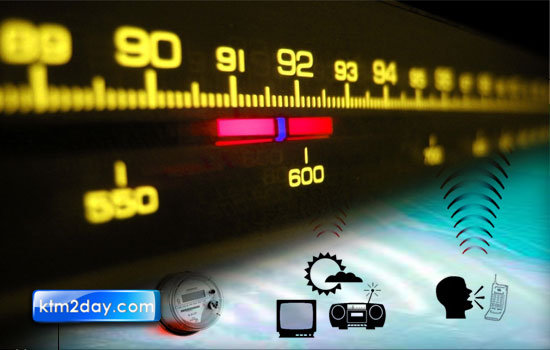 A taskforce formed by the Ministry of Information and Communications (MoIC) has been assigned the job of proposing a new policy on frequency allocation, suggesting the government whether spectrum can be auctioned, presenting ideas for better frequency management after the country goes to the federal system, and preparing a working procedure for the frequency committee. The team has been asked to accomplish the tasks within three months.

A ministry official said the taskforce was formed based on the recommendation of the Parliamentary Public Accounts Committee (PAC). “The four-member taskforce started the work from Sunday,” the official said.

In its report on the telecom sector, PAC had recommended that the government formulate a separate policy for radio frequency allocation, under which the scare recourse could be auctioned.

The parliamentary committee had also suggested that the government scrap the existing Telecommunications Frequency Distribution and Pricing Policy. The report had said the policy was implemented in order to correct past mistakes in frequency allocation.

PAC had also directed the government agencies concerned to submit monthly progress reports on implementation of its suggestions for the improvement of the telecom sector.

The taskforce is headed by Surya Bahadur Raut, chief technical officer at the ministry. Other three members are Anandra Raj Khanal, director at Nepal Telecommuni-cations Authority; Gaurav Giri, senior technical officer at the ministry; and Namakar Neupane; an official at Nepal Telecom. “We have started the work, giving top priority to the improvement in frequency distribution provision,” said Raut.

However, experts said the formation of the taskforce was just a formality to show that the government was doing something based on the PAC suggestions. They said as the policy was also related to the law, the government had to include some legal officers in the team.

Given telecom operators are spending money separately for same types of infrastructure for their service expansion, the team will also study and prepare a policy suggestion for infrastructure sharing and multipurpose use of infrastructure. “A huge amount of money is going out of the country for the setting up of separate infrastructures,” said Raut, adding that such infrastructure can be shared to avoid dual investment and bringing down service tariff.

Infrastructure and technology can be used jointly for broadcasting and telecom services, according to the ministry. The taskforce will also make suggestions on the joint use of optical fibre network and telecom towers.

Apart from the telecom sector, the taskforce will study the frequency allocated to FM radio stations and formulate a work plan for transforming terrestrial television broadcasting into digital system. As per the existing provision, once the government assigns frequency to any radio station, it is the owner’s asset forever.(Source:ekantipur)