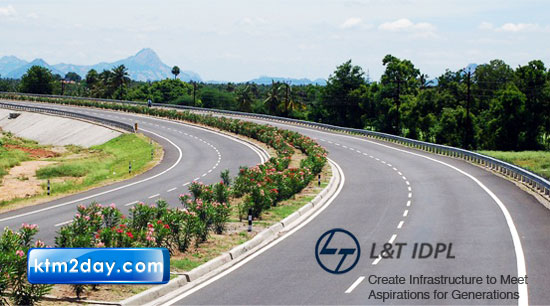 Another Indian company, Larsen and Toubro (L&T) Infrastructure Development Projects, has expressed interest to construct the Kathmandu-Tarai Fast Track road under the build-operate-transfer (BOT) modal. It has also purchased Expression of Interest (EoI) documents for the purpose.

Two other Indian firms—Reliance Infrastructure and Infrastructure Leasing & Financial Services—had acquired the EoI documents in July. South Korea’s Landmark Worldwide (LMW) is another company that has obtained the documents.

The government had invited the EoI for the third time last month, giving potential investors 125 days for submitting papers.

L&T had also submitted documents when the EoI was called for the second time last year. However, the process of shortlisting eligible firms was cancelled under the direction of the dissolved parliament’s Public Accounts Committee. Reliance Infrastructure and LMW are the other two companies re-submitting the documents.

Officials at the project office said repeated approach of same international firms suggests that the project is lucrative. The government will shortlist six firms—either single or joint-venture with local companies—for issuing the request for proposal.