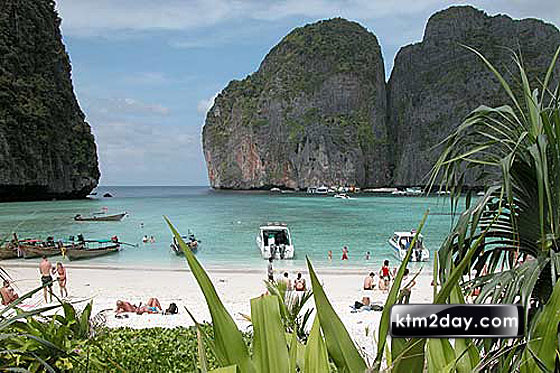 Nepali outbound rose 22.47 percent to 39,269 departures in 2012. According to the Tourism Ministry, the number of Nepali fun seekers travelling abroad jumped 80 percent in the last five years. In 2008, outbound amounted to 21,899 departures.

Among the 861,518 Nepalis going abroad in 2012, vacationers made up 4.55 percent. Travel trade entrepreneurs said that affordable tour packages and rising disposable incomes were the reasons behind the trend of going on foreign trips.
Thailand is the most preferred destination for Nepalis with 67 percent of the total travellers choosing the land of white elephants.

According to the statistics of the Tourism Authority of Thailand (TAT), 26,277 Nepalis visited Thailand in 2012, up 3.53 percent year on year. Among the departures, 8,391 persons had gone on package tours.
“As Thailand is a very affordable destination, it has been attracting a large portion of Nepali outbound every year,” said Neeli Shah, outbound marketing executive of Natraj Tours & Travels. “It’s also a shopping paradise for Nepalis.”
TAT’s stats show that the length of stay of Nepalis in Thailand averaged 8.61 days in 2012, the highest among South Asian visitors.

The average tour package to Thailand cost Rs 50,000 per person, said Shah. The price includes return airfare, four-night and five-day accommodation and taxes).
Meanwhile, Shah said that a growing number of Nepali travellers were heading to emerging destinations like Dubai, Manila, China and Bali. The preferred time to travel is September-November, which is the festival season in Nepal.

Tour operators said that more Nepali travellers had also been making trips to European destinations in recent years. Well-heeled Nepali holidaymakers who have been to Thailand are choosing Europe for their next trip, they said.
Meanwhile, the ministry stats show that Nepali outbound for business purposes dropped 5 percent to 19,318 in 2012. However, the number of Nepalis going abroad for conferences has jumped 23.33 percent to 16,507. A greater number of people are going abroad for medical treatment. The stats show that Nepalis travelling abroad for health check-ups amounted to 13,575 last year, up 16.29 percent.