Home » NEWS » Mid-Hill Highway to be operational within a month

Mid-Hill Highway to be operational within a month 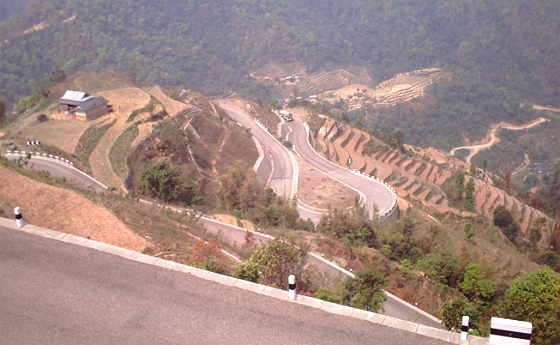 The government is all set to complete the task of opening 1,776-km Mid-Hill Highway track within a month, creating a link between Chiyabhanjyang of Panchathar in the east and Jhulaghat of Baitadi in the far-west.

Once complete, the highway — one of the 21 national priority projects of the government — will serve as a lifeline for socio-economic development of the mid-hill region and benefit over seven million people.

The highway stretches from east to west, connecting 24 hilly districts and 215 villages of the country, the Ministry of Physical Infrastructure and Transport (MoPIT) said. “We are currently working on opening the remaining 300 metres of track at Kada in Jajarkot,” said Balaram Mishra, chief of the Mid-Hill Highway Project (Western Section).

“We hope to finish the task within a month.” Once the construction completes, the road will work as an alternative highway to connect eastern and western parts of the country.

This will reduce the traffic on East-West Highway, which is currently the only highway to connect the eastern and western parts of the country.

The operation of the highway will also contribute to development of various sectors, including tourism, hydropower and agriculture in the region, as per the detailed project report prepared by the government in 2010. Officials of the Western Section said that opening the track particularly in Jajarkot district had taken more time than presumed, as the proposed alignment passes through difficult terrain. Also, political interference in the past had affected opening of the track.

The government had completed opening track in the eastern section in the fiscal year 2010-11 and it is currently working on upgrading the road condition, including black topping. The Mid-Hill project was divided into east and west sections for effective project implementation.

What also makes the highway special is that the government is working on a plan to establish 10 model cities along the highway. Phidim (in Panchthar district), Basantapur (Terhathum), Khurkot (Sindhuli), Baireni Galchhi (Dhading), Dumre (Tanahun), Burtibang (Baglung), Chaurjahari (Rukum), Rakam (Dailekh), Sanfebagar (Achham) and Patan (Baitadi) have been selected as locations to set up model towns.

The planned towns are targeted at reducing migration from the mountains and hills to the Terai and developing hilly areas with economic potential. In the current fiscal year, the government had allocated Rs 900 million to conduct works in the Western Section of the project.

Mishra said that the project had utilised more than Rs 500 million of the allocated fund in the first eight months (mid-July to mid-March) of the current fiscal and is preparing to seek more funds from the Ministry of Finance once all the money is used.

Completing track opening, laying foundation of 14 bridges, black topping five-km section of the road and repairing 400-km of the track are the targets of the Western Section for the current fiscal year.