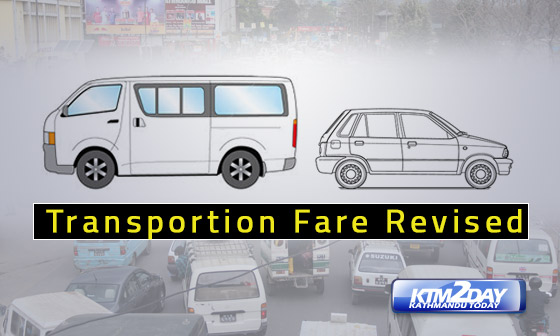 The government has announced fare cuts on public transportation by 2.03 percent to reflect a drop in gasoline prices, the Department of Transport Management (DoTM) said Tuesday. However, transport operators have said they will disregard the new tariff.

Along with passenger fares, freight rates have been reduced by 5.28 percent on Tarai routes and by 4.37 percent on hilly routes including Narayanghat, Pokhara and Kathmandu. Similarly, fares have been decreased by 1.62 percent for taxis and airport-based tourist vehicles.

DoTM DG Burlakoti said that the department was working on a system to adjust transportation fares whenever fuel prices vary by Rs 5 or more per litre.