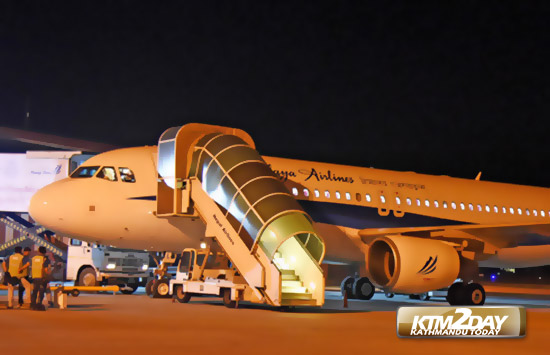 Himalaya Airlines, a Nepal-China joint venture, on Tuesday held its inaugural scheduled flight from Kathmandu to Doha of Qatar.

As many as 158 passengers had travelled on the new aricraft during its inaugural, according to a statement issued by the company.

Meanwhile, the company also published a three-times-a-week schedule for Kathmandu-Doha-Kathmandu to be effective till June 15.

It announced that the flight service would be promoted to the daily service from June 15.

“We focus on providing reliability and efficiency which will further help us provide superior service to our customers,” the company’s Vice-President-Administration Vijay Shrestha said.