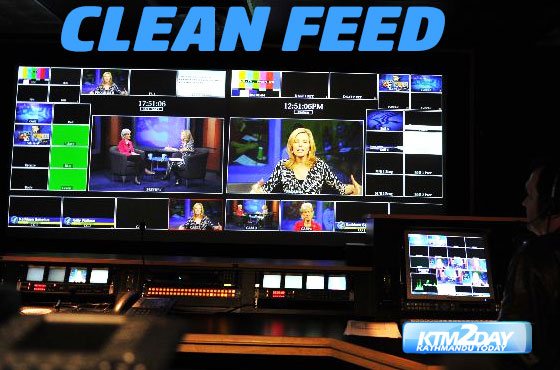 The cabinet took the decision based on a report submitted by the Information and Mass Communications High Level Committee. The committee had submitted its report to Prime Minister K P Sharma Oli on Wednesday, highlighting the need to implement clean feed system.

Minister for Information and Communications Sherdhan Rai informed that the policy was introduced as per the suggestions given by the committee.

“Now that the clean feed policy has been introduced, I am hopeful that our advertising industry will witness significant growth in terms of revenue,” added Rai.