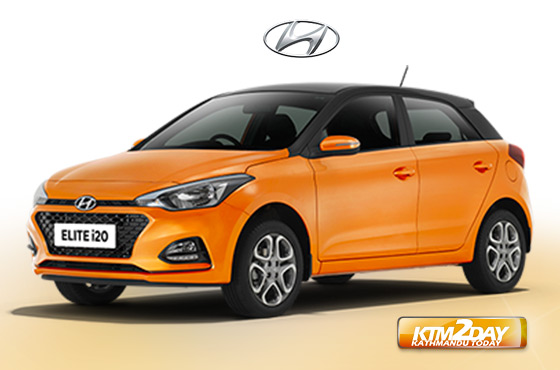 One of the most awaited crossovers in Nepal’s market, the Hyundai i20 Active facelift, has been launched domestically. The sole authorised distributor of Hyundai motors is Laxmi Intercontinental Pvt Ltd.

The car receives a number of minor changes to both the exterior and interior. The overall design of the i20 Active remains the same, with body cladding and roof rails for a rugged look. Even the i20 badging gets the metal treatment instead of the embossed badge on the outgoing model. The i20 Active demonstrates an optimal blend of street wise flair and an adventurous spirit and this is evident in the attention to detail that the new model receives.

KTM Bikes Price in Nepal(Revised on May 2020)

With rear fog and reversing lamps, roof spoiler, wheel arch moulding, chrome exterior door handles, electric door mirrors and sporty front bumper, the i20 Active exudes a premium look and is expected to garner similar attention and acceptance as the previous i20 Active did. The company has even finished the fuel filler cap with a gunmetal finish to add an extra sporty accent. The car also gets metal pedals with anti-slip inserts to reflect the sporty nature of the i20 Active.

The interior of the new i20 Active facelift has been improved to make the driving experience even more plush and comfortable. It features engine start/stop button and smart key, driver seat adjustment, sunglasses holder, centre console cup holder and more.

The model is equipped with an infotainment system with improved touch response for smoother user experience. It also comes with R16 diamond cut alloy wheels. Standard safety features comprising of ABS and airbags are found on the i20 Active facelift along with rear parking sensors with steering adaptive rearview camera. Since its inception in 2009, Laxmi Intercontinental has been dedicating itself in providing hassle free, high end services to its customers.

Today, Laxmi Hyundai has a stronghold across Nepal supported by its network of 13 dealers and service centres.

KTM Bikes Price in Nepal(Revised on May 2020)