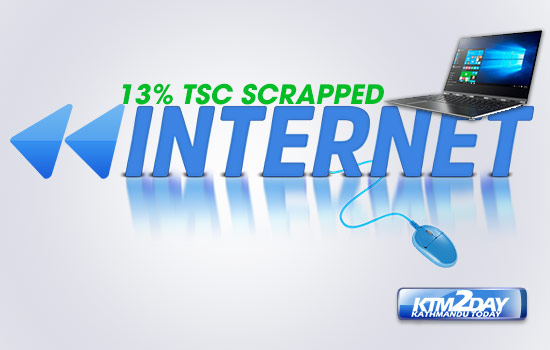 The government on Thursday decided to roll back its earlier decision to raise internet fees by 13 percent.

The decision to this effect was made during a meeting held between the internet service providers and officer bearers of Ministry of Industry and Communications on Thursday.

This agreement will be implemented for those customers who have been taking the service only for home service. The corporate customers, however, have to pay the 13 percent tax.

The government on Friday had formed a committee comprising internet service providers, Nepal Telecom and officer bearers of the Ministry for price integration.