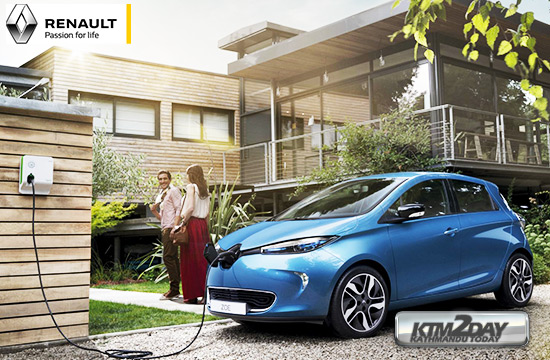 Renault Zoe is a five-door supermini electric car produced by the French manufacturer Renault.The Zoe was one of the top three finalists for the 2013 World Green Car of the Year.

Power for the Zoe comes from a new Z.E. 40 battery developed at Renault’s Flins plant in France. This new battery is claimed to deliver a range of up to 400km under NEDC (New European Driving Cycle). In real world driving condition, this figure stands at 300km. With a standard 7kW charger, it takes 8-9 hours to get fully charged. It can also be charged up to 80% in just 65 minutes via quick charger. The car comes with a single-speed gearbox and front-wheel drive system.

Without compromising on the space part, Renault has designed it smartly enough to adjust 5 people and offer 338 litres of boot space. Renault offers a range of options and accessories specifically designed for the new EV.The overall length of the Zoe stands at 4,084 and unladen height goes up to 1,562. 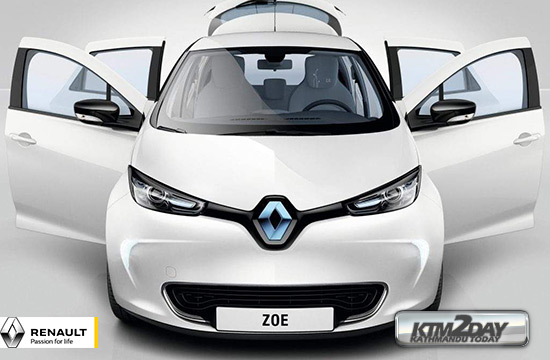 The Zoe is available with either an 87bhp or a 107bhp electric motor; the former is called the R90 and the latter the R110.It has been the best-selling EV in Europe three years in a row.

Just two trim levels are available to chose from – Dynamique Nav and Signature Nav. Both of these options comes with the new R110 electric motor, Z.E 40 battery and 300km of real-world range.

Its 40kWh battery packman can be recharged from zero to 80 per cent in just 60 minutes, when making use of a rapid charger.

The ZOE’s interior is minimalistic and deceptively roomy, with enough space for four adults and 338 litres of boot space in the rear. There is a vibrant digital driver’s display behind the steering wheel, and infotainment is supplied through a seven-inch touch screen with Renault’s R-Link system.

The electric vehicle works with Chameleon charger unit, which is one of the most efficient in terms of electric charging. The Zoe’s battery can be charged between 1 hour and 4 hours depending on the charging power.

Advanced Automobiles will release more of the details on ZOE’s model , specs and pricing at the NADA Auto Show. Please stay tuned for more updates as they become available.