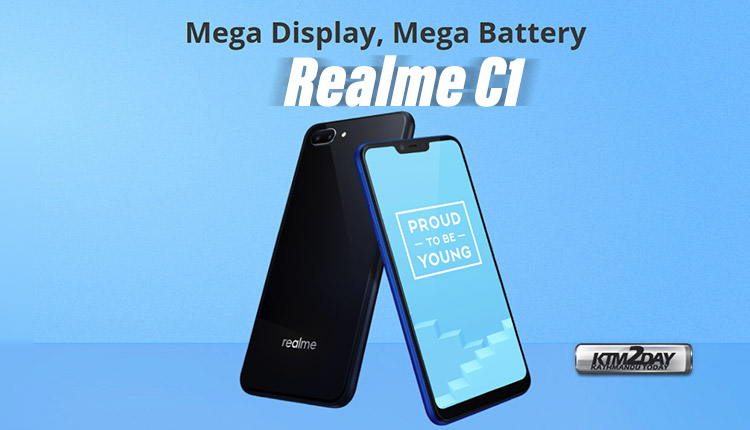 RealMe’s fourth smartphone in its current lineup, dubbed the Realme C1 — Realme’s entry-level smartphone with an attractive price tag is currently the most sought after smartphone in Indian market.

The new Realme C1 is a budget smartphone that takes on the Xiaomi Redmi 6A, and is also an improvement over the Realme 1 smartphone. Its key highlights include the 4,230mAh battery, Snapdragon 450 SoC, and a display notch reminiscent of iPhone X and newer models.

Unlike the Realme 2 and its Pro variant, the C1 is made of unibody chassis with a glossy rear and is fitted with a 6.2-inch notched display with a screen-to-body ratio of 88.8 percent and 19:9 screen ratio. In order to keep the price releatively low, the Realme C1 lacks a fingerprint sensor, but has a dual rear camera setup, and a front camera with AI facial unlock.

The smartphone is powered by the octa-core Snapdragon 450 SoC with 2GB of RAM, 16GB of internal storage and runs ColorOS 5.1 custom skin based on Android 8.1 Oreo.