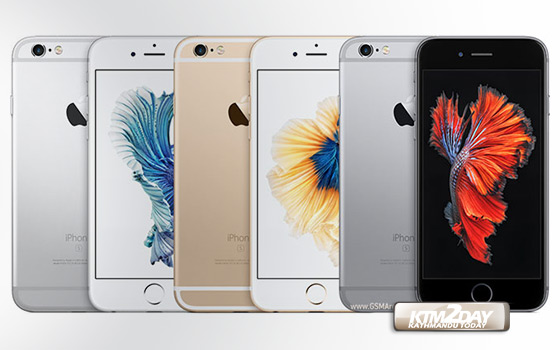 The new iPhone 6S, as the ‘s’ suggests, pretty much reuses the original design and only upgrades the internals. The additions of the 3D Touch technology and the bigger camera required some minor changes though.

Apple iPhone 6s smartphone was launched in September 2015. The phone comes with a 4.70-inch touchscreen display with a resolution of 750 pixels by 1334 pixels at a PPI of 326 pixels per inch.

The Apple iPhone 6s is powered by 1.84GHz dual-core processor and it comes with 2GB of RAM. The phone packs 16GB of internal storage that cannot be expanded. As far as the cameras are concerned, the Apple iPhone 6s packs a 12-megapixel (f/2.2, 1.22-micron) primary camera on the rear and a 5-megapixel front shooter for selfies.

The new iPhone, being an S model, naturally comes with more power under the hood, but also brings the long awaited camera upgrade. The main camera now uses a 12MP sensor capable of 4K video recording as well as 1080p at 120fps, there is a brand new 5MP selfie camera too. iPhone 6S and 6S Plus Price in Nepal

iPhone 7 gets a pricecut in Nepal

iPhone 8 and 8Plus launched in Nepal