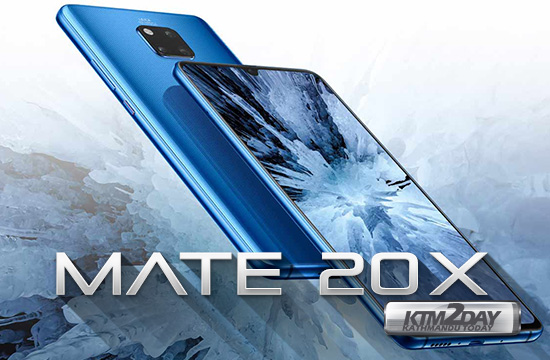 After launching the Huawei Mate 20 and Mate 20 Pro at an event held in London, Huawei had another surprise up its sleeve — the Mate 20 X.

With a 7.2 inch huge screen, the Mate 20 X is the largest in the Mate 20 series of smartphones launched today. Looking at it’s size, it would be wrong to call it a smartphone instead of a standard size tablet.

The Mate 20 X is a mix of a standard model – Mate 20 and the advanced Mate 20 Pro. It comes with a water-drop notch and a flat OLED panel with 1,080 x 2,244px resolution, comes equipped with a massive 5,000mAh battery, and it’s compatible with styluses. 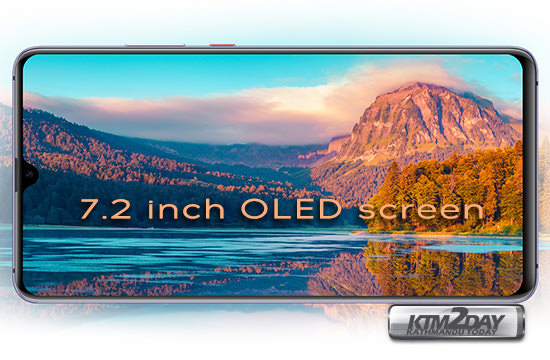 Huawei is also targeting Samsung’s Note flagships with the introduction of the M-Pen. The screen can sense up to 4,096 levels of pressure with one, but if large-screen note-taking appeals to you, you’ll have to buy the accessory separately. Worse yet there’s no slot for it in the phone. 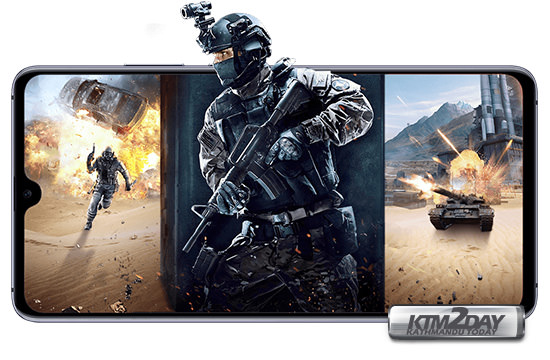 Huawei emphasized the device’s gaming performance and its vapor chamber cooling design that, combined with “graphene film cooling technology,” the company claims will keep its Kirin 980 SoC cool even under heavy loads. Other specs include 6GB of RAM and 128GB of onboard storage, and a dual speaker configuration. 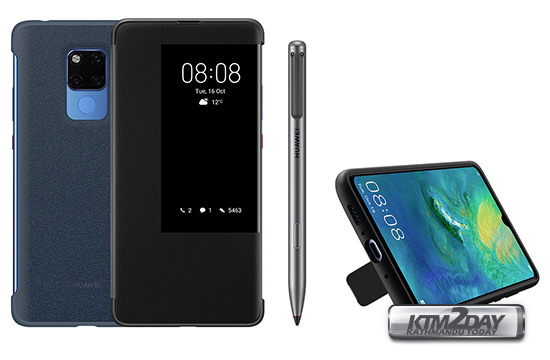 The Mate 20 X features the same 7nm Kirin 980 processor — with a Cortex-A76-based CPU with Mali-G76 GPU which promises fast, smooth game play , and it also has the same rear camera module comprised of three Leica lenses. The main 40MP RGB lens is joined by an 8MP telephoto and 20MP ultra wide angle. Just one memory and storage configuration will be sold, with 6GB of RAM and 128GB of ROM.

And to keep that promise, the Mate 20 X features Huawei Supercool – the company’s name for a vapor chamber cooling with a graphene film heat spreader. 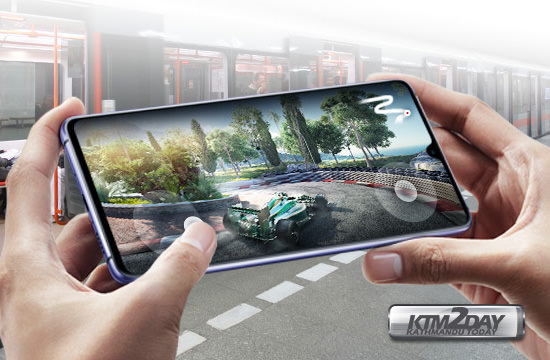 If the large screen sounds enticing for multimedia use, the Dolby Atmos stereo speakers seal the deal.

Emphasizing its focus as a gaming device, Huawei is also producing a gamepad that attaches to the left-hand side of the handset, complete with an analog stick and a D-pad. It makes the phone look a little bit like a Nintendo Switch with its right Joy-Con missing, albeit with a bigger screen.