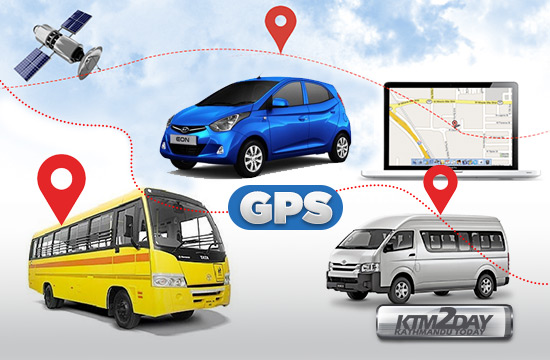 The Department of Transport Management (DoTM) is preparing to introduce the Global Positioning System (GPS) in the country’s transportation sector.

Under this system, a GPS device is installed in every vehicle which will help the government to track the position of every vehicle plying the country’s roads.

“We have developed a concept paper on introducing GPS system in the transportation sector. We will hold detailed discussions with various stakeholders, including donor agencies on this paper and try to implement this system as soon as possible,” informed Dhakal.

Apart from vehicle location, a GPS device can also transmit real time data about a vehicle’s condition and specific events which are set in the GPS device.

Most importantly, Dhakal said that implementation of GPS in vehicles will help in effectively managing the traffic.“Through the system, we can easily detect vehicles violating traffic rules, their speed and other details. In a sense, the government can constantly monitor every vehicle through GPS,” he said, adding that GPS based vehicle tracking system will also help to reduce accidents and control crimes committed by using vehicles.

One of the biggest advantages of GPS tracking system is also the increased efficiency in transport related business operation as tracking commercial vehicles will help to predict delivery time of goods, thereby increasing the efficiency in business.

However, Dhakal informed that effective coordination among security agencies, transport entrepreneurs and other government agencies is crucial to materialise the plan.