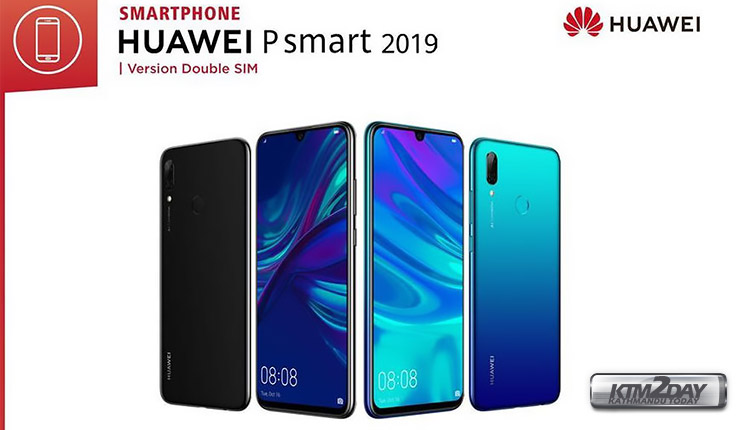 Last year in December, the Chinese manufacturer launched the Huawei P Smart, an affordable smartphone that was later branded as the Honor 9 Lite in America. Now, the company is planning to release the successor to the device, the Huawei P Smart 2019.

Huawei is on a roll.Just days after the company announced the brand new Enjoy 9 smartphone in China, we have received indications that another brand new Huawei smartphone is set to release in Europe. The Huawei P Smart (2019) as the new handset is being referred to, has appeared on a French website.

In fact, post this leak, we know almost everything about this new handset – including the design and specification of the device. Let us now take a closer look at the Huawei P Smart (2019) and check out how it is positioned in Huawei’s existing lineup.

The Huawei P Smart (2019) boasts of a near-bezel-less display that measures 6.21 inches across and seems to be in the tall 19:9 aspect ratio. The panel is of the IPS LCD type and boasts of a resolution of 1080 x 2340 pixels. The panel also integrates a tiny waterdrop notch at the top where the front-facing camera is also located. As far as the design aspect of the phone is concerned, the device looks quite premium, thanks to the gradient finish at the rear that gives the phone a dual-tone look. The Huawei P Smart (2019) is powered by Huawei’s own HiSilicon Kirin 710 SoC that houses an octa-core processor. The phone comes in a single version with 3GB of RAM and 64GB of storage space with the option to add a microSD card for additional storage. For imaging, the phone uses a 13-megapixel primary camera that is mated to a 2-megapixel depth sensor. At the front, the phone gets an 8-megapixel fixed focus camera for selfies and video calls.

The phone is fairly slim at 7.94-inches and houses a large 3400mAh battery as well. It is dual SIM capable – but uses a hybrid SIM slot which means you cannot use two SIM cards and a microSD card at the same time. Connectivity options on the handset include support for Wi-Fi a/b/g/n/ac, Bluetooth 4.2, NFC and USB.

As per the listing on Boulanger, the Huawei P Smart (2019) will be sold for EUR 249 unlocked. This roughly translates to NRs 32,600. It remains to be seen if the handset will make it to Nepal.