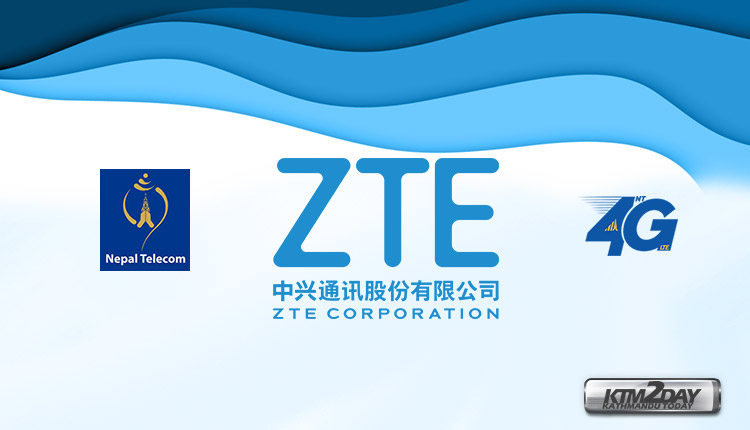 Nepal Telecom has signed an agreement with two Chinese companies for the expansion of nearly Rs19 billion fourth generation 4G LTE expansion project throughout the country that is expected to connect 6.5 million users under the 4Gs core network system.

Nepal Telecom said that the contract has been based on the directives of the parliamentary Finance Committee and Ministry of Communication and Information Technology as per the Public Procurement Act guideline.

Nepal Telecom’s plan to expand its 4Gs network across the country had stalled for around 10 months after the Commission for the Investigation of Abuse of Authority (CIAA) launched an investigation suspecting irregularities in the bidding process.

Two years ago, Nepal Telecom had launched the 4G service in Kathmandu and Pokhara.

Last October, Nepal Telecom invited global bids to expand its service and selected the Chinese companies within two months of the bid submission. Subsequently, the process came to a halt after a case was filed at the anti graft body.

After almost a year-long probe, the CIAA on October 24 directed the Ministry of Communications and Information Technology to go ahead with the plan.

Two Chinese companies—Huawei and ZTE and a Singapore-based company were among the firms eyeing to install core network in Nepal. Similarly, ZTE and CCSI had been competing for the radio access network.

Nepal Telecom said that as per the bidding process, the installation work would require 33 months. However, the ministry, on December 31, asked the enterprise to complete the task within 12 months, according to Nepal Telecom officials. The ministry has asked to pilot the project in four main cities in the first phase.

The price quoted by ZTE was Rs1.56 billion to install the core network. Under this plan, radio access network will be installed in the Central and mid-Western regions in the first phase. In the second phase, the core network will be installed in the Eastern, Western and far-Western regions, covering all areas into the 4Gs system.

The estimated cost of the network in two phases are Rs8.75 billion and Rs8.39 billion respectively.