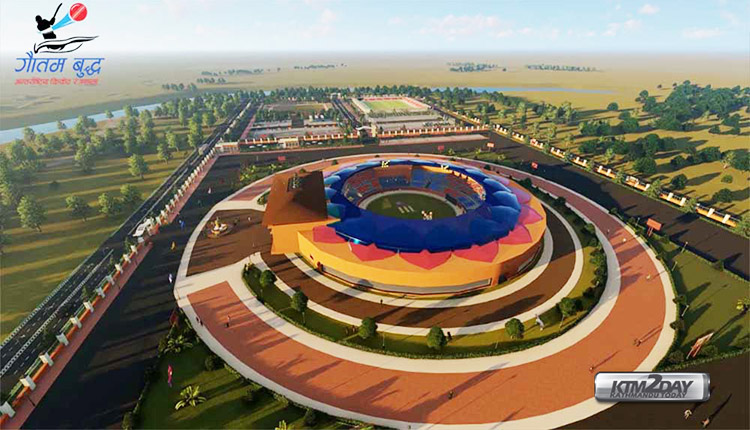 Construction process for International Cricket Stadium to be established at Bharatpur Metropolitan City of Chitwan district has formally begun from Wednesday.

At a programme organized by Dhurmus Suntali Foundation, the Foundation and Bharatpur Metropolitan City signed an agreement related to land acquisition for the same.

The agreement was signed to construct the international cricket stadium on 20 bigha of land used by the Agriculture and Forestry University at Bharatpur Metropolitan City-16. The land is under the ownership of the Tribhuvan University.

The stadium will be named as ‘Gautam Buddha International Cricket Stadium’. Chief of the Foundation, Sitaram Kattel, said that the stadium would be handed over to the Metropolitan City after completing construction works within two years of the formulation of master plan.