JEDEC Solid State Technology Association, the global leader in standards development for the microelectronics industry, announced the publication of JESD209-5, Low Power Double Data Rate 5 (LPDDR5). LPDDR5 will eventually operate at an I/O rate of 6400 MT/s, 50% higher than that of the first version of LPDDR4, which will significantly boost memory speed and efficiency for a variety of applications including mobile computing devices such as smartphones, tablets, and ultra-thin notebooks.

Samsung Electronics, the world leader in advanced memory technology, announced in June 2018 that it had successfully developed the industry’s first 10-nanometer (nm) class* 8-gigabit (Gb) LPDDR5 DRAM. Since bringing the first 8Gb LPDDR4 to mass production in 2014, Samsung has been setting the stage to transition to the LPDDR5 standard for use in upcoming 5G and Artificial Intelligence (AI)-powered mobile applications.

LPDDR5 boasts a data rate of up to 6,400 megabits per second (Mb/s), which is 1.5 times as fast as the mobile DRAM chips used in current flagship mobile devices (LPDDR4X, 4266Mb/s). With the increased transfer rate, the new LPDDR5 can send 51.2 gigabytes (GB) of data, or approximately 14 full-HD video files (3.7GB each), in a second. 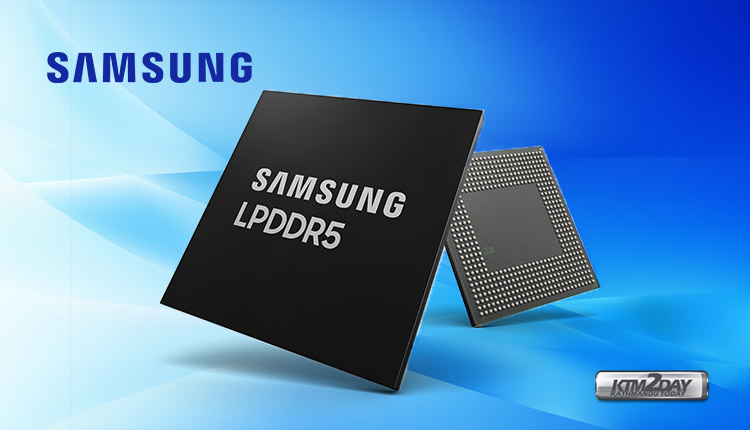 The previous gen LPDDR4  had a data rate of  3200 MT/s, LPDDR5 promises to have an enormous impact on the performance and capabilities of the next generation of portable electronic devices. To achieve this performance improvement, LPDDR5 architecture was redesigned; moving to 16Banks programmable architecture and multi-clocking architecture.

SK hynix claimed to be the first chipmaker to develop DDR5 DRAM chips that met JEDEC standards back in Nov 2018.  The firm is said to be spending $107 billion building four memory chip factories. The fabrication facilities will be located on a 4.5 million square metre site south of Seoul, with work commencing from 2022.

JEDEC is the global leader in the development of standards for the microelectronics industry. Thousands of volunteers representing nearly 300 member companies work together in over 100 JEDEC committees and task groups to meet the needs of every segment of the industry, manufacturers and consumers alike.