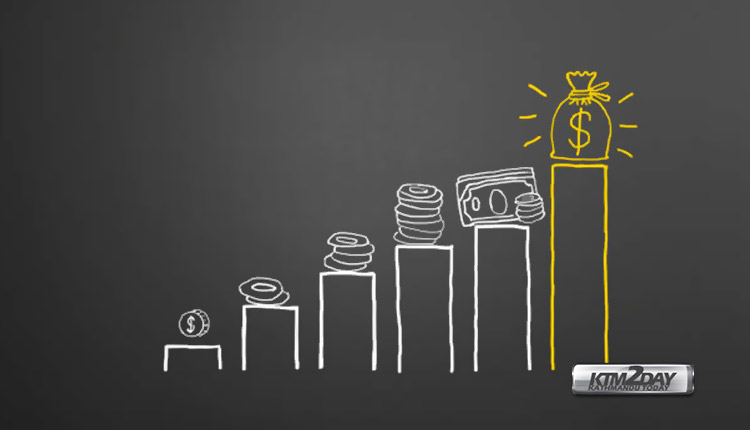 The government has forecast that Nepal’s per capita income will reach $1,400 by the end of the 15th periodic plan in fiscal year 2023-24.

Pushpa Raj Kandel, vice chairman of National Planning Commission (NPC), stated the aforementioned figure today during the first meeting of the National Development Council (NDC) being held after the country adopted the federal system of governance. He informed that the country’s per capita income in current fiscal year will increase by seven per cent or $70 to $1,074, which stood at $1,004 in the previous year.

Speaking at the meeting, Finance Minister Yubaraj Khatiwada, said political and social stability can guide the government’s long-term vision to achieve the targeted goal. “We need to improve the implementation capacity that will directly affect per capita income and sustainable development.”

Khatiwada further said that the government will achieve the targeted goal by accelerating development works of major indicators like rail, roadways, tourism, agriculture and electricity, among others. “In the current fiscal year we were primarily occupied with formulating and amending the necessary laws.

From the coming fiscal the government will increase budget expenditure with coordination of provincial and local level governments,” he added.

According to him, the government is close to achieving the goals set in current 14th periodic plan.

Earlier, NPC had set a target to achieve a minimum average economic growth of 9.4 per cent per annum in the next five years.

However, the economy can grow up to 10.1 per cent per annum in the next five years based on different scenarios, as per the draft of the 15th periodic plan.

The government has stated that Nepal will graduate from least developed country status to the league of developing nations by 2022 and to a middle income country by 2030.