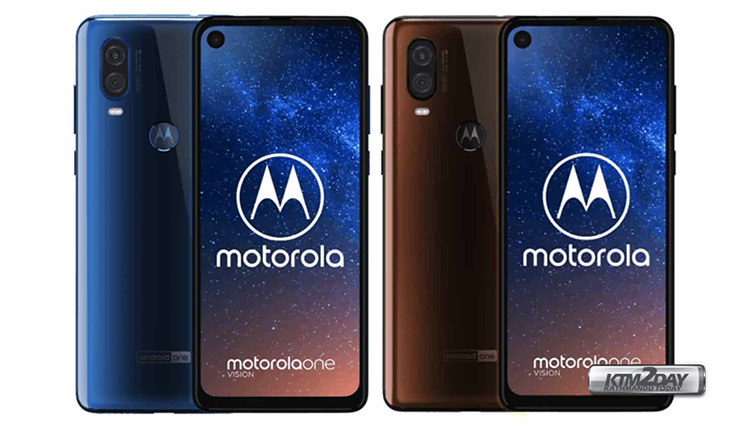 The Motorola One Vision was supposed to come with Snapdragon processor but instead, will be powered by a Samsung’s Exynos 9609 chipset which includes an octa-core processor that operates at a maximum speed of 2.2GHz. In practice it is very similar to the Exynos 9610 which is present on some Galaxy A models. The only difference is that the latter operates at a speed of 2.3 GHz. That is, a bit higher. We remember that Meizu also follows this path, when using an Exynos chipset in their devices.

However, those who buy this smartphone will have two years of operating system level updates.

On the back is a dual camera setup stacked in a vertical alignment. The primary sensor has 48 megapixels with a f / 1.7 aperture. To this is added optical image stabilization (OIS).

By default, this camera has the ability to capture photos at 12MP. The specifications of the second sensor are still unknown.

Meanwhile, Motorola will feature a night vision mode and a special video capture mode. Still in this field you will be able to capture videos in 4K at 30fps and video in 1080p at 60fps.

The fingerprint sensor is mounted on the rear panel. The One Vision comes with 4GB of memory and 128GB of expandable storage. It also features Bluetooth 5.0 along with a battery of 3500mAh.

The new Motorola device has a 3.5mm headphone jack.This device should be available in blue and brown and should be launched on May 15 on certain global markets.

As far as prices are concerned, we are looking at a price tag of $350.