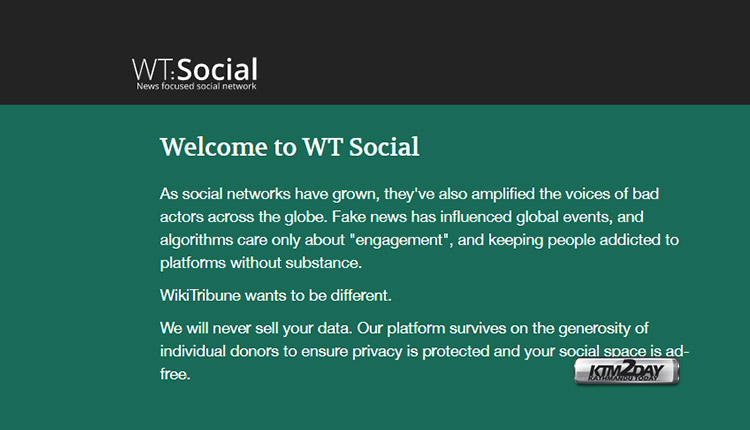 Quite discreetly, Jimmy Wales, co-founder of Wikipedia, has launched a social network that wants to rival Facebook and Twitter. Wales underlines that this new bet will be focused on combating clickbait.

“Social networks have grown and also amplified the voice of evil agents across the globe. Fake news has influenced global events and algorithms not only take over engagement and keep people addicted to platforms without substance, ”says the site description.

In the descriptions given, Jimmy Wales indicates that he wants the new social platform to be free of concepts such as “clickbait” or “hyped articles”. WT: Social wants to function as an idea derived from Wikitribune, a collaborative news analytics site, launched two years ago.

By ensuring that WT: Social wants to be different, the social network underlines that it will “never sell data” to users. According to the Financial Times, the business model of this social network will be completely different  from Wikipedia, but borrows the business model of the world’s largest open access encyclopedia. WT: Social explains that “the platform will survive on the generosity of individual donors to ensure privacy and protect the social network space from ads.”

To the Financial Times, Jimmy Wales points out that “the business model of advertising-based social networking companies is problematic. After all, the big winner is poor quality content. ”

WT: Social became available in October and has currently reached 1,77,000 users. Compared to the dominant social network Facebook, which has 2.2 billion people, the numbers are obviously modest.

Those who do sign up are added to a waiting list and asked to invite others, or choose a subscription payment.

They will see the articles shared by their network in a timeline format, appearing with the newest first rather than algorithmically to try to appeal to their interests.