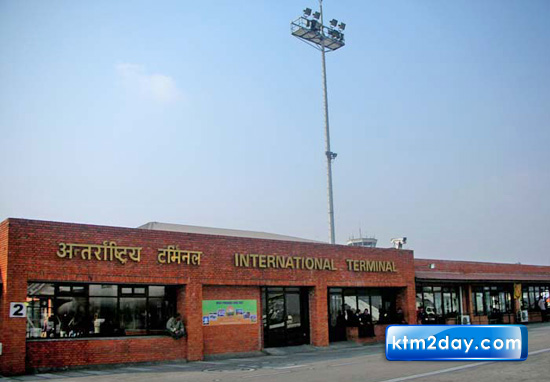 The government has begun homework to hand over the management and upgradation work of the Tribhuwan International Airport (TIA) to a foreign company after India’s Infrastructure Leasing & Financial Services Limited (IL&FS) expressed interest in it.

One of India’s leading infrastructure development companies, the IL&FS has approached the government to manage and upgrade the TIA under the ‘Build, Operate, Own, Transfer’ (BOOT) model.

Investment Board (IB) sources confirmed that the IL&FS has approached them for the same. However, everything is in the preliminary stages, the sources said. “There has been an informal discussion with the Indian company on the issue,” they added.

The government is planning to make such a handover through the Investment Board. The TIA upgradation is one of the 14 projects that have been given to the IB by the government recently.

An IL&FS representative in Nepal said the Indian company is currently conducting a study on the TIA on its own.

Interestingly, the IL&FS interest has come at a time when the Civil Aviation Authority of Nepal (CAAN) is upgrading the TIA with assistance from the Asian Development Bank (ADB) and its own resources. CAAN is currently looking after the TIA management. The work on the country’s sole international airport is currently being carried out through ADB assistance of $80 million (US$ 70 million in loans and US$ 10 million in grants). The government has also invested $30 million in this project.

The IL&FS held informal discussions with CAAN on the matter two months ago. “It was a preliminary discussion,” said Tri Ratna Manandhar, the director general of CAAN.

Manandhar said they discussed the issue of management of the loan that the ADB has given for the TIA upgradation and the revenue returns. “The IL&FS is willing to assume all the loans signed for the airport improvement project,” said Manandhar.

“At a time when a majority of countries have found private sector engagement in airports more viable, we should not be too much critical of such a proposal,” Manandhar added. The TIA’s annual revenue currently stands at Rs 3 billion. “Our concern is that the annual revenue should be more than what we are getting in case of privatisation,” he said.

The IL&FS had expressed its interest to invest in Nepal during Prime Minister Baburam Bhattarai’s India visit in October last year. The government and the IL&FS had also signed a memorandum of understanding (MoU) during that time. “TIA was one of the projects IL&FS had shown

interest in,” said FNCCI President Suraj Vaidya, who was one of the witnesses of the MoU. “The IL&FS had also shown interest in the KTM-Tarai Fast Track and the Bhairahawa Regional International Airport, among others.”