Apple Watch Series 6 has been formalized with a new “Blood Oxygen” feature that makes sure your red blood cells are carrying oxygen throughout your body.

The Apple Watch Series 6 was formalized, as expected, during the company’s keynote , at the same time as the Apple Watch SE . This does not fundamentally change the material design of the connected watches of the Cupertino giant, with a square case. The great novelty of this watch obviously relates to health with a function allowing the measurement of blood oxygen saturation (SpO2) via the “Blood oxygen” application. Concretely, this allows to monitor if the red blood cells are indeed transporting oxygen molecules to all the organs of your body.

This option will thus coexist with the functionality already available, the similar measuring the oxygen absorption rate (VO2 Max) feature that Apple already offers on its connected watches. It will take 15 seconds for the device around your wrist to indicate the level of oxygen in your blood. To do this, the Watch Series 6 is equipped with “ four groups of green, red and infrared LEDs as well as the four photo-diodes integrated into the chip located on the back of the case ”. 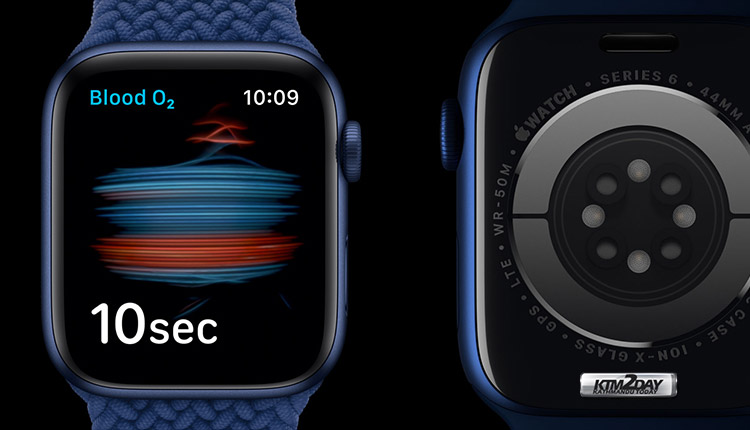 You can activate the measurements yourself, but the device also does the rest in the background especially while you are sleeping.

This is not the only feature introduced in this Apple Watch Series 6. The Always-on display also has become 2.5 times brighter and is more pleasant even under a strong sun. In addition, you will also have access to an altimeter that is always active, more precise and more energy efficient. 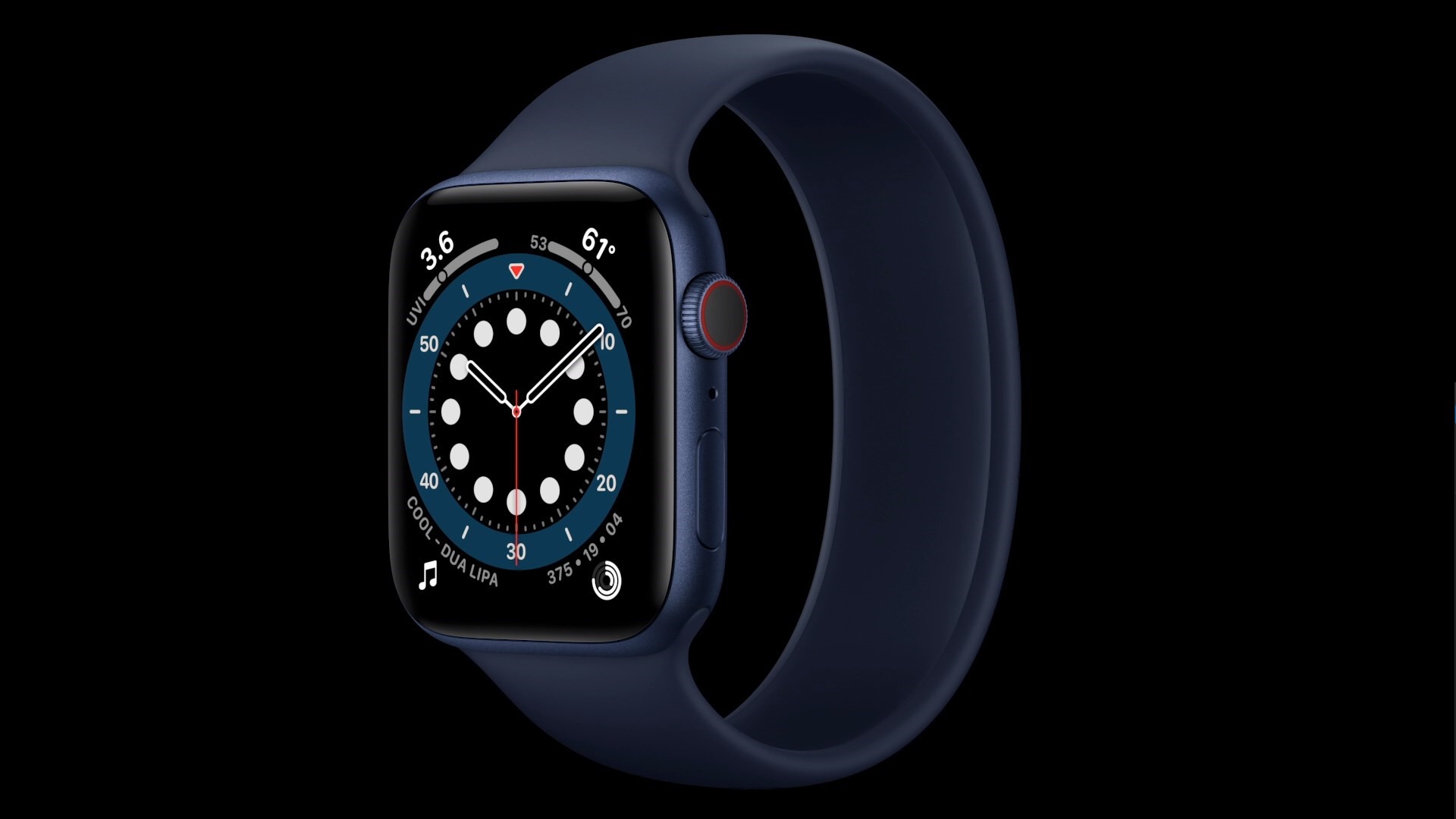 On the performance side, the watch is powered by an Apple S6 dual-core chip whose design is based on the A13 Bionic from the iPhone 11, but adapted to watches. This SoC promises a 20% faster execution speed and an autonomy that does not vary with always on endurance of 18 hours announced by the brand. Note also the presence of an Apple U1 chip to take advantage of ultra wideband radio signals allowing much more precise localization.

On the software side, the Apple Watch Series 6 runs on watchOS 7, the stable version of which will be available from September 16. Note that a Fitness + app, which does not yet have a release date and a family monitoring service aka Family Setup have also been announced. The latter allows parents to monitor the activity of their children through their connected watches. 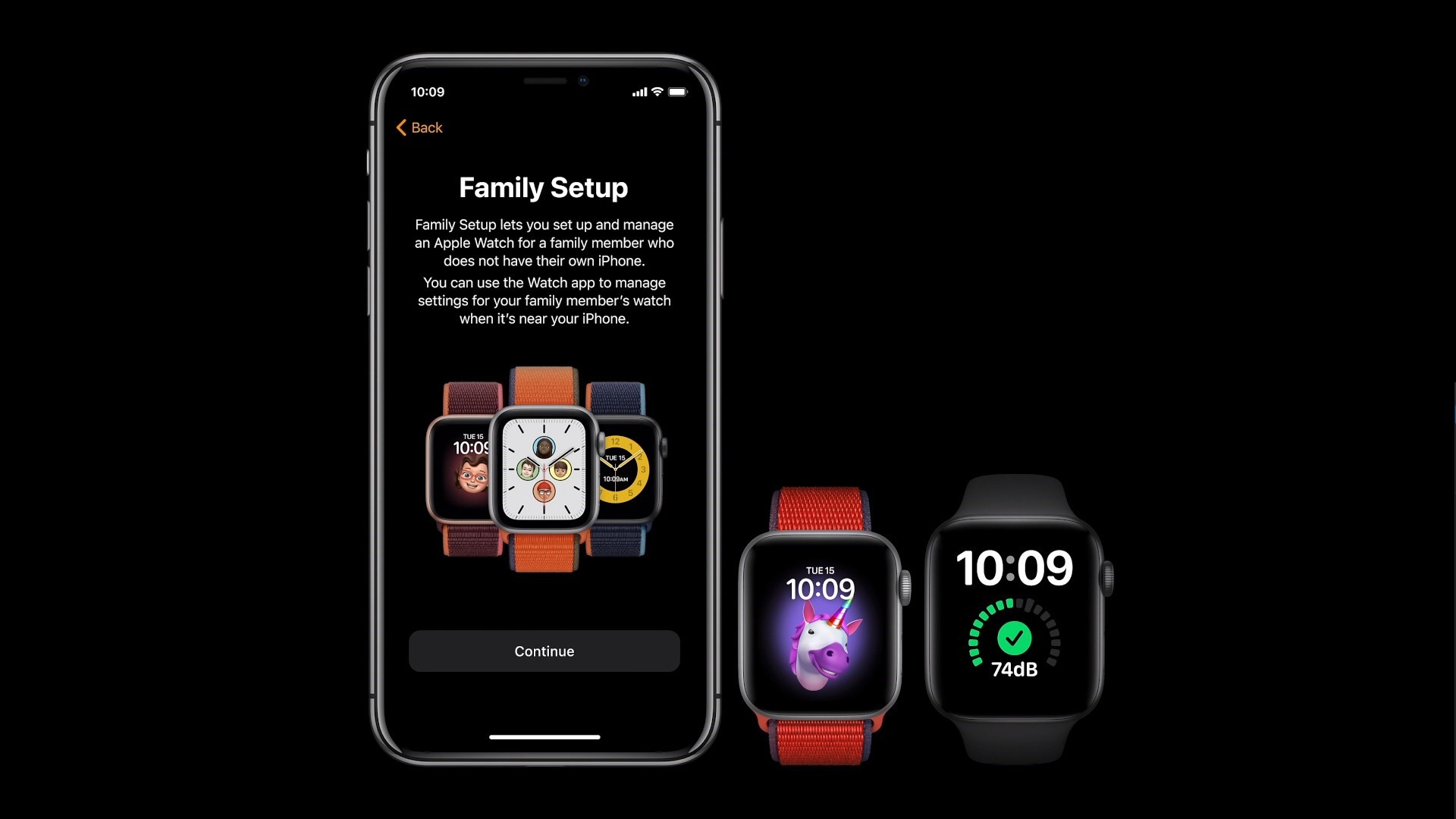 According to Apple – “With Family Setup, you can use your iPhone to pair watches for your children or older adults who don’t have their own iPhone. So everyone can stay in touch by phone, text message, or Walkie-Talkie. They can also do things like play music, find apps, and close their Activity rings. It’s more independence for them, and you have the comfort of knowing they’re just a call away.”

Apple is also presenting a new strap system called “Solo Loop”. The idea is simple, this bracelet made of  silicon and polyester yarn filaments without clasp or buckle in sight, adapts to the width of your wrist for an optimized comfort. Nine lengths are offered so you can find the right fit – that phrase might be a little misleading, but you get the idea. 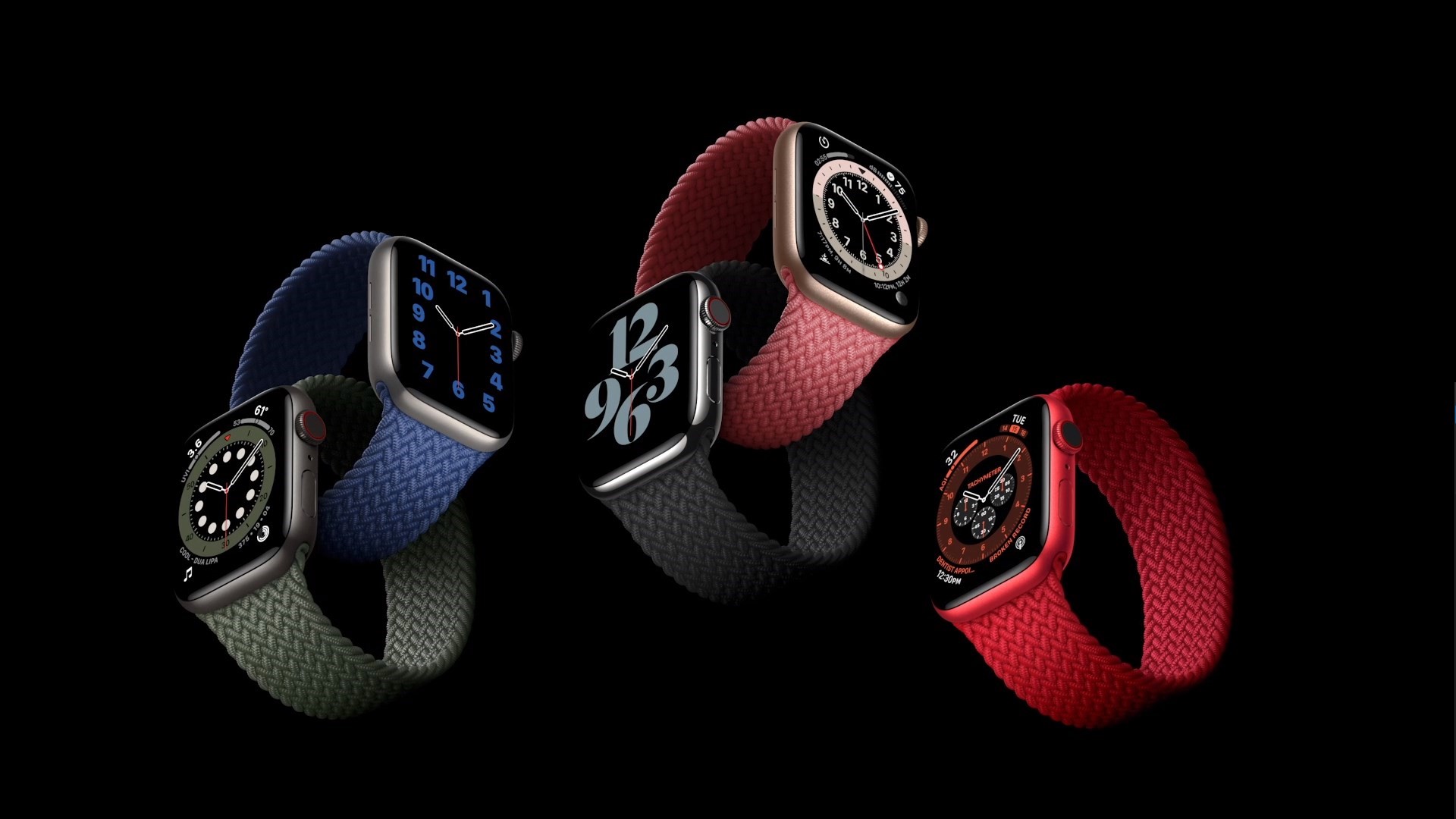 A braided model is also available and is made from 100% recycled materials. Finally, new colors are available, in particular a new blue which is added to the red, silver, gray and gold variations.

The Apple Watch Series 6 will be available starting at $399 for a 40mm model, the same price as the outgoing Series 5. Cellular models start at $499. The Series 6 is available to order starting today, September 15th, and will start shipping on Friday, September 18th. As part of its efforts to reduce waste, Apple says it will not be including a USB power adapter in the box with the Series 6 watch, just the charging cable.