Out of 3 units of Audi e-Tron that the company imported, all three have been sold out in the nepali market within a week , the company said. The company further stated that it is importing another 3 units which should arrive anytime soon.

The Audi e-Tron is an electric SUV from the German car-maker Audi which is also known as Tesla killer as it features all the bells and whistles of the Tesla X model but is priced comparatively lower.

Audi e-tron is an all-wheel drive premium SUV of a full-size category with a fully electric powerplant, which is primarily aimed at wealthy people who keep up with the times and appreciate the driving characteristics of the car, but pay close attention to the environment.

For the first time this electric crossover appeared before an international audience, as a concept car, in the fall of 2015 – at the stands of the “four rings” in Frankfurt. 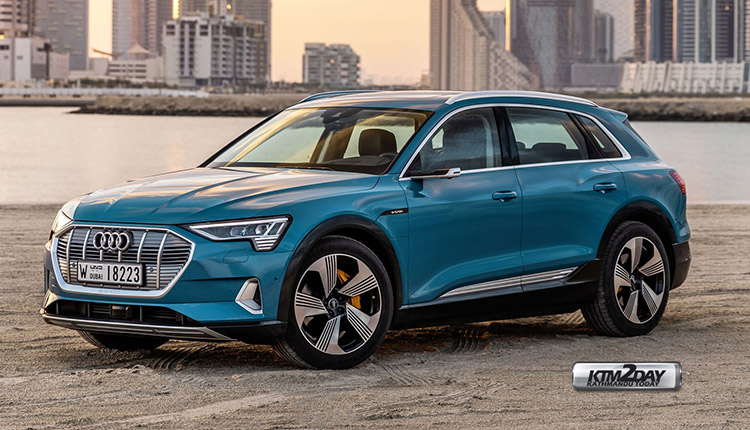 Commercial production of the five-door began on September 3, 2018 at the facilities of the Belgian brand plant in Brussels, however, in all its glory, the serial electric SUV made its debut only a few days later (to be more precise – September 17) at a special event in San Francisco.

With the Audi e-tron the brand features a 95 kWh battery developed by Audi that can be charged in fast stations of up to 150 kW, an unusual power in series-produced electric cars. With this technology you can charge the battery at 80% in half an hour. For domestic loads, Audi offers a power of 11 kW, standard, or 22 kW, as an optional system. 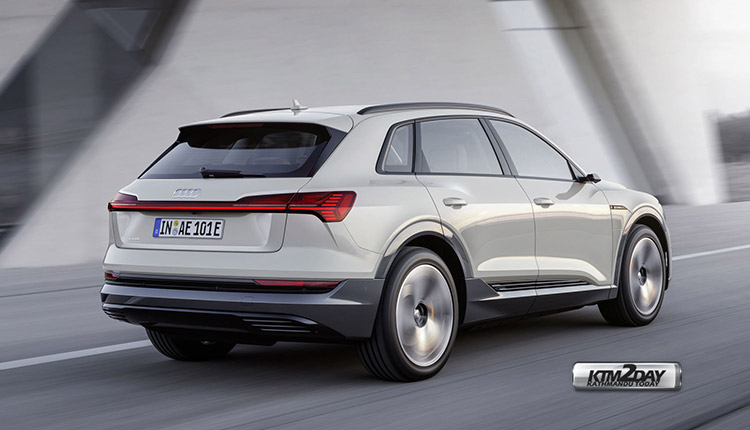 The Audi e-Tron will come with two electric motors, one mounted on each axle. While the motor on the front is good for churning out 168hp power, the one on the rear sheds out 188hp. That said, the combined power output is 356hp. The peak torque output is rated at 561 and in the boost mode, the power output is further increased to 410hp. Audi e-Tron has a claimed top speed of 200 km while the electric SUV can cover a total distance of 400 km per single full charge.

Launch in Nepal and Availibility
Ramro Motors, the authorized seller of Audi e-Tron has not officially announced the launch of this electric vehicle in nepali market yet. The EV will be showcased at Nada Auto Show 2019 hopefully and we will have more information regarding the e-Tron from the official channel. For now, the price of Audi e-Tron in nepali market is set at Rs 1.75 crore. Please stay tuned for more news on this luxurious german EV.

Product highlights at a glance