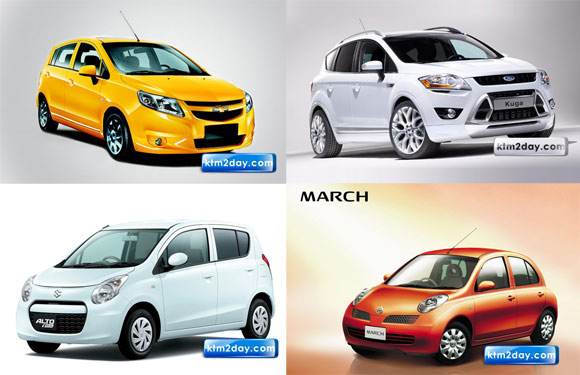 And, why not, this is the best season for automobile sales. Every automobile dealer wants to cash-in this festive fever that grapples Nepali customers. It is a fact that the auto products available in the local market are pricier compared to the international markets due to heavy government taxes such as customs duty, VAT and excise duty. As per auto dealers, if the government reduces taxes, demand for auto products would skyrocket since they are considered to be the best mode for effective mobility as an option to public transportation.

Population growth and economic activities have pushed up demand for auto products in the last one decade despite high prices. “Vehicles give easy mobility to customers, but the government treats such products as ‘luxury goods’ and has imposed taxes up to 248 percent,” said Shekhar Golchha, president of the Nepal Automobile Dealers Association (NADA). He added that the policies had been devised keeping in mind the traffic situation in the Kathmandu valley, and the government had not concentrated much on road infrastructure development.

The government data on vehicles registered in the country shows that a total of 1.55 million auto products are registered for operation in the country as of the last fiscal year 2012-13. Of the total number of registered vehicles, an estimated 1.2 million are on the roads and a majority of them are two-wheelers. Similarly, the total length of strategic, central and feeder roads had crossed 25,000 km by the last fiscal year of which around 10,000 km are all-weather roads.

Automobile dealers said that there were big market prospects for sales of vehicles and providing more people access to personal vehicles. However, due to the heavy duties, it has not been possible. “Normally, it is the requirement of the public that has been driving sales so far,” said Anup Baral of Narayani Auto Business which looks after sales of Tata products in the local market. He added that there was a need for plans and policies on infrastructure development and projects like the Kathmandu-Hetauda tunnel road.

To some level, the road track opening in different parts of the country and road widening work especially in the valley has made positive impacts on sales as well as on reducing traffic congestion. Dealers said that the road network reaching 74 districts out of the country’s 75 districts and the widening drive being carried out by the government had supported sales. They said that two-wheeler sales were increasing heavily in markets out of the Kathmandu valley, while four-wheelers were in good demand in urban areas.

Considering that the percentage of the population owning two-wheelers is only 4 percent and four-wheelers 0.01 percent, there is a massive potential market as there are still a huge number of individuals requiring transport facility. “We do not have a mass transport service that provides effective mobility nor has the government been able to reduce taxes to make private vehicles cheaper,” said Golchha. As per him, the government has failed to accept that the availability of better transport facility boosts the economy and has taken the sector as just one of the main revenue earners. The automobile sector accounts for 40 percent of the government’s annual revenue collection.

During the last fiscal year, the Department of Customs collected Rs 20 billion in taxes from the import of cars, jeeps, vans and bikes from India and third countries. Government officials have said that the customs duty would be revised as per the World Trade Organisation (WTO) commitment since the country is a member. They said that even though auto products add efficiency, boosting only imports was not a good idea for lack of sufficient road transport and the situation of the economy.

“We also have to see if our economy can grow to support massive imports of vehicles,” said Sarad Adhikari, technical director at the Department of Transport Management. He added that there was a need to improve the existing public transport service and introduce mass transport services instead of promoting the use of private vehicles.

As of the last fiscal year 2012-13, a total of 53,591 buses, mini buses, tempos and micro buses were registered to provide public transport service. Even though there seems to be large number of public vehicles, the public transportation system has always been criticized as being unreliable and mismanaged. Apart from the 16 Sajha buses that are in operation on two routes in the Capital, the whole public transport service is being provided by the private sector.